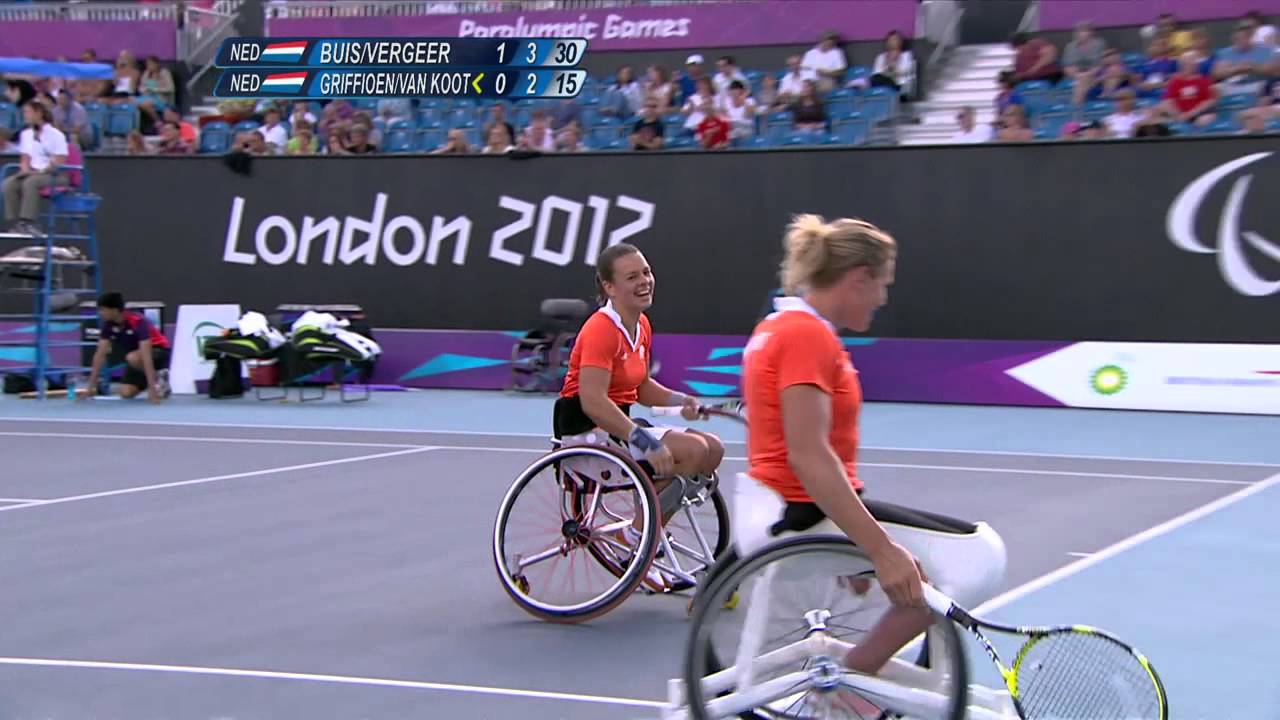 In a Netherlands-only final. the only thing not decided was who would get which colour medal.
Top seeds BUIS/VERGEER (NED) beat second seeds GRIFFIOEN/VAN KOOT (NED) 6-1, 6-3.
It was BUIS's first Paralympic medal. VERGEER won singles gold, VAN KOOT silver and GRIFFIOEN bronze.
GRIFFIOEN/VAN KOOT made 26 unforced errors compared to 19 from BUIS/VERGEER.


At match point BUIS served and after a breif rally VAN KOOT dumped the ball into the net.
Play was stopped for four minutes in the fourth game of the second set at deuce with BUIS serving when a ball girl at GRIFFIOEN/VAN KOOT's end of the court fainted. Umpire Kelly THOMSON (GBR) halted play, jumped from her chair and ran across the court with water for the girl who was attended to by first aiders and carried off. Once the water was wiped up play resumed.
Great Britain's Lucy SHUKER/Jordanne WHILEY won bronze beating Sakhorn KHANTHASIT/Ratana TECHAMENEEWAT (THA).