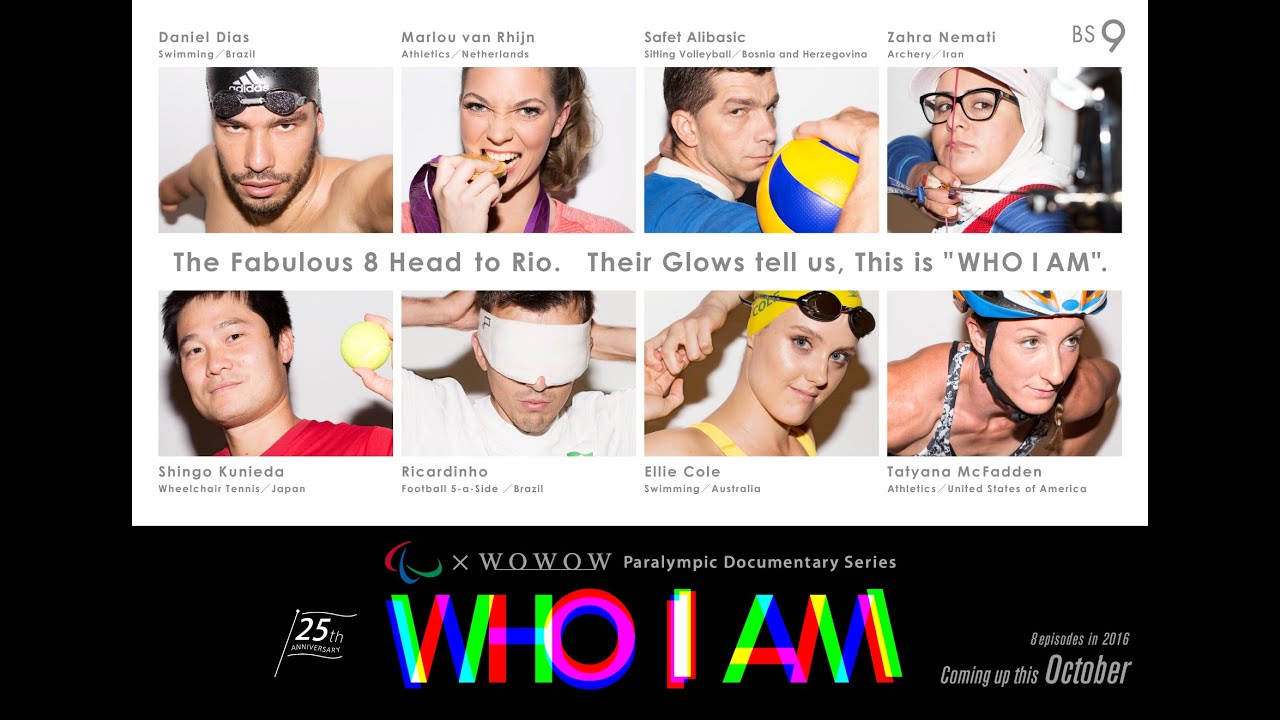 WOWOW, Japan’s leading premium pay TV broadcaster has announced that its first series of documentaries featuring many of the world’s leading Para athletes will start airing this October.

The “Who I Am” series will tell the stories of a number of Para athletes following their journey to the Rio 2016, PyeongChang 2018 and Tokyo 2020 Paralympic Games.

The documentaries are produced in collaboration with the International Paralympic Committee as part of a five-year agreement leading up to the Tokyo 2020 Paralympic Games.

“We are so proud of all the athletes featured in our series,” said Akira Takana, WOWOW President. “They are all strong high performance medal winning athletes and each brings a unique and powerful story to the table. I cannot wait to share their stories and experiences with the world.”

The first eight athletes to appear in the series are:

Daniel Dias (Brazil)
Swimmer Dias is Brazil’s most successful athlete of the last decade having won 10 Paralympic and 24 world titles. He has won the Laureus Sports Award on three occasions.

Ellie Cole (Australia)
At London 2012 Cole made a name for herself by winning four gold medals, including victories against South Africa’s swimming legend Natalie du Toit. She won three world titles in 2015.

Marlou van Rhijn (Netherlands)
The world’s fastest female blade runner won 200m gold and 100m silver at London 2012 and has followed up it with 100m and 200m titles at the last two World Championships.

Ricardinho - Ricardo Alves (Brazil)
Voted the most valuable player at the Beijing 2008 and London 2012 Paralympic Games, Ricardinho is arguably the world’s best football 5-a-side player. At Rio 2016 he will be aiming to help win Brazil a fourth successive Paralympic gold.

Zahra Nemati (Iran)
Archer Nemati made history at London 2012 becoming the first Iranian women to win Olympic or Paralympic gold. She has qualified for both the Olympic and Paralympic Games in Rio.

Tatyana McFadden (USA)
McFadden is the dominant force in women’s wheelchair racing. She won three golds at London 2012 and in 2013 became the first athlete to win six titles at one World Championships.

As part of the series, WOWOW, who are celebrating its 25th anniversary this year, has enlisted Kunihiko Ryo to produce the series theme song and Keiichi Nitta to capture photography.