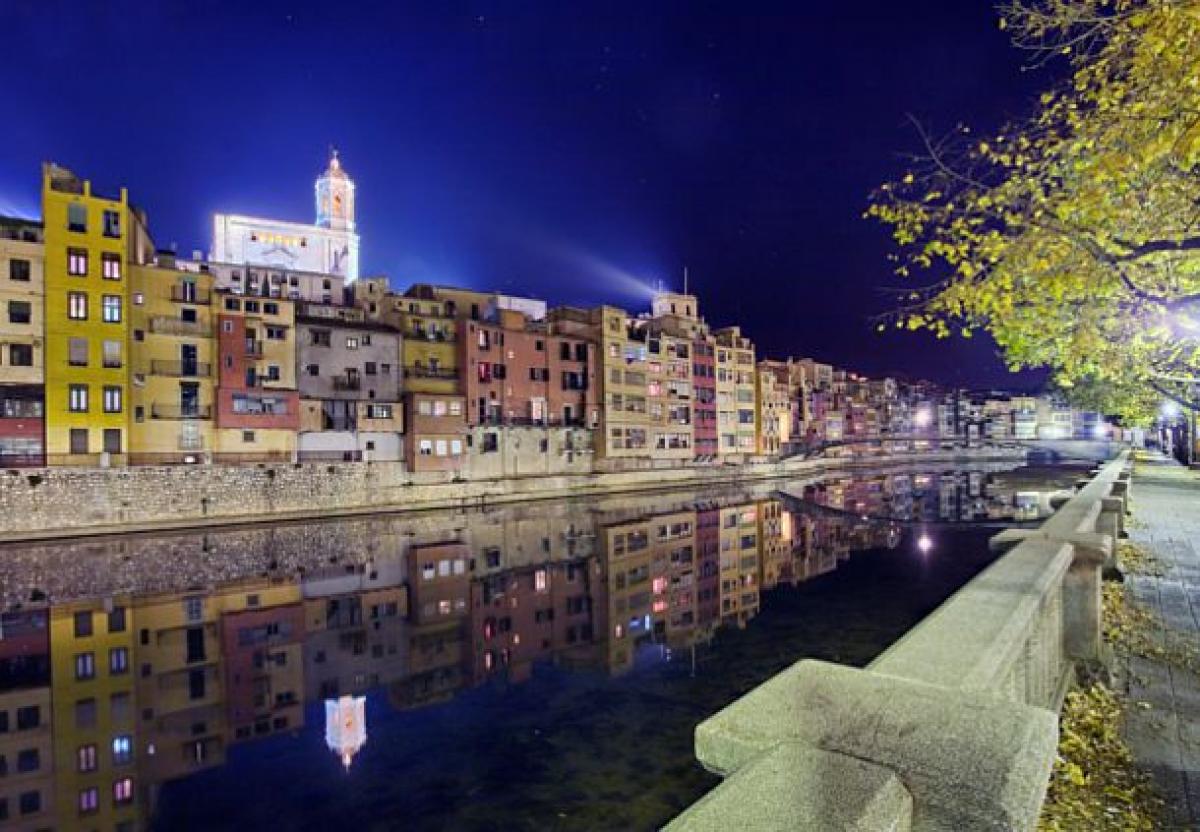 The river Onyar which flows through the historic Spanish city of Girona which will stage VISTA 2015. © • Oscar Vall

Girona is a historic city in the northeast of Spain, in Catalonia, and is located 99 km northeast of Barcelona and the journey takes just over one hour.

It is one of the major Catalan cities and a popular destination for tourists thanks to its rich 2000 year history. It is a city with plenty of attractions: two fortified enclosures, old town, museums, historical buildings, festivals, restaurants and cultural events.

Girona has traditionally being linked to education as it is the home of the Universitat de Girona and, with active life and sports, it is a great location to host the VISTA 2015 Conference.

• Language: Catalonia has two official languages, Catalan and Spanish. Most of the native population usually speak in Catalan, although the whole population understand and express themselves perfectly in Spanish.

In the tourist sector, the vast majority of firms offer their services in different languages, mainly in English and French.

• Time: Girona is situated in the time zone GMT+ 01:00, the same as Madrid, Paris, Rome, Brussels, Berlin, Warsaw or Copenhagen.

How to get there?

Girona-Costa Brava Airport has regular flights from cities in Europe and other parts of Spain. The airport is located about 12 km outside Girona, with good access to the city centre by car, coach or taxi.

Road access into Girona city is by the N-II main road or the AP-7 motorway. At the airport there are several car hire companies, an official taxi rank, and a coach service into Girona bus station.

Further information on air travel can be found here.

Adif Girona-Costa Brava railway station, located in the centre of Girona city, offers regional, national and international rail services. As well as the regular lines, Girona station is a stop on the Madrid - Zaragoza - Barcelona - French border high-speed line (AVE), one of the main transport links between Spain and the rest of Europe.

The luggage lockers on the AVE platform are available for use by travellers and non-travellers alike. Opening times are 7 am - 9 pm on weekdays, and 9 am - 9 pm on Saturdays, Sundays and public holidays.

Further information on rail travel can be found here.

Further information on bus travel can be found here.

AC Hotel Palau de Bellavista is located in “Les Pedreres”, a well-known residential area in Girona, and near the Barri Vell, one of the city’s most attractive historical landmarks. The hotel is just a few minutes from the Call (jewish quarter), the Plaza Catalunya, the Muralla Carolingia (the city wall, unique in Europe), the Girona Cathedral, the Cinema Museum, and the Arabic baths. St Mary's Cathedal in Girona is one of many tourist attractions in the historic city.