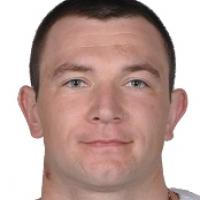 Nicknames
Vova (itar-tass.com, 03 Sep 2012)
Most influential person in career
Coach Vladimir Zamyatin. (Athlete, 12 Oct 2015)
Sporting philosophy / motto
"Willpower and aspiration to victory are more important than physical strength. Even if someone doesn't believe in you, it's necessary first of all to believe in yourself." (omsk-sport.ru, 10 Oct 2012)
Awards and honours
He holds the title of Honoured Master of Sport in Russia. (paralymp.ru, 07 Jul 2015)

He carried the Paralympic torch in Omsk as the relay made its way through Russia ahead of the 2014 Paralympic Winter Games in Sochi. (admomsk.ru, 27 Feb 2014)

In 2008 he was presented with a gold medal for outstanding services to the Omsk region of Russia. (sportom.ru, 12 Mar 2010)