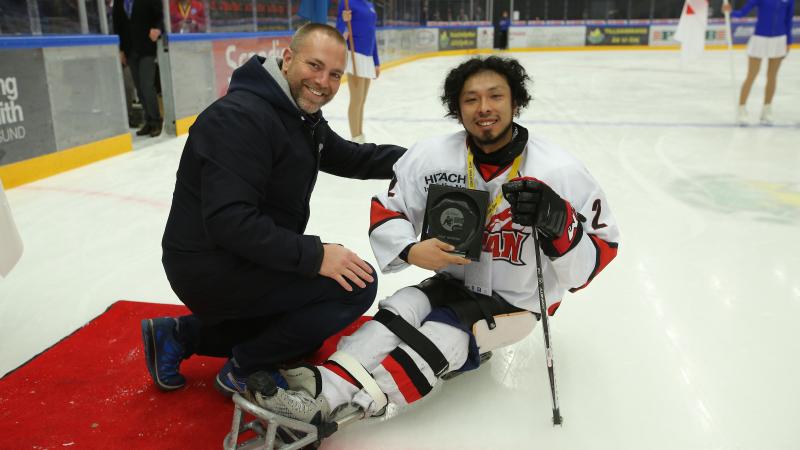 Horie notably stepped up big when his team needed him the most at the 2017 World Para Ice Hockey Paralympic Winter Games Qualification Tournament in Ostersund, Sweden.

Japan had lost a defender due to injury in the first game, and the former wheelchair basketball player stayed on the ice much longer to help Japan successfully qualify for PyeongChang 2018. Horie was named the tournament’s Best Defender, scoring two goals and making five assists. His play throughout the Qualification Tournament showed his value as Japan makes their return to the Paralympic stage after missing out on Sochi 2014.

Horie had his left leg amputated after a motorbike accident in 2000.

When and where did you begin this sport?
He began playing Para ice hockey in 2012 in Nagano, Japan.
Why this sport?
One of his friends encouraged him to try the sport.
Club / Team
Nagano Thunderbirds: Okaya, JPN
Name of coach
Kojin Nakakita [national], JPN
Preferred position / style / stance / technique
Defence