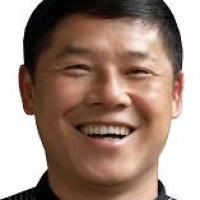 When and where did you begin this sport?
He was an elite able-bodied shooter before he took up shooting Para sport in 1998 in Yunnan, People's Republic of China.
Why this sport?
He wanted to continue competing in the sport following his accident.

Awards and honours
In 2007 he was presented with a Merit Citation Class Two by the Yunnan provincial government in the People's Republic of China. (yunnan.cn, 04 Sep 2008)

He has been named an Elite Athlete by the Chinese Impaired Association and the General Administration of Sport of China. (yunnan.cn, 04 Sep 2008)

He has been given the Outstanding Youth Contribution Medal and the May 1st Labour Medal during his career. (special.yunnan.cn, 04 Sep 2008)
Other sports
He competed as an able-bodied shooter before losing his left arm in 1998. (sohu.com, 11 Sep 2008)
Impairment
He lost his left arm in an accident in 1998. (sohu.com, 11 Sep 2008)
Other information
INVENTOR
He has been mechanically-minded since childhood, and has invented and patented a number of sport shooting-related devices in the People's Republic of China. (nxnews.cn, 12 Sep 2008)