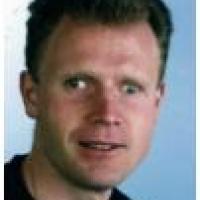 When and where did you begin this sport?
He began para-Nordic skiing in 1993.
Club / Team
Ring der Korperbehinderten Freiburg: Germany
Name of coach
Ralf Rombach [national], GER

He was named the 2011 Athlete of the Year at the Freiburg Sports Gala in Germany. (galanacht-des-sports.de, 2012)

In 2010 he was decorated with the Silberne Lorbeerblatt [Silver Bay Laurel Leaf] Award. (bmi.bund.de, 30 Apr 2010)
Other sports
He has competed in both para-biathlon and cross-country skiing. (SportsDeskOnline, 28 Feb 2014)
Impairment
At age eight his vision began to deteriorate quickly and he had to change to a school for the visually impaired. At age 14 he lost his sight completely. (nordski.de, 31 Dec 2008)