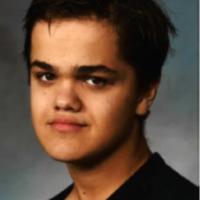 When and where did you begin this sport?
He began swimming in 2009 in Helsinki, Finland.
Why this sport?
His father urged him to try the sport. "It is a good form of exercise."
Club / Team
Helsingfors Simsallskap: Finland
Name of coach
Jessica Holtta [personal], FIN, from 2016