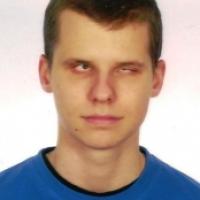 When and where did you begin this sport?
He began swimming at age eight in Kielce, Poland, but he did not start training seriously until he was a university student.
Why this sport?
He always wanted to swim because his father and his brother were involved in the sport.
Club / Team
UKS G-8 Bielany: Warsaw, POL
Name of coach
Kacper Rodziewicz [club], POL; Wojciech Seidel [national], POL

In 2016 he was honoured with the Silver Cross of Merit by the president of Poland. (prezydent.pl, 05 Oct 2016)
Ambitions
To compete at the 2020 Paralympic Games in Tokyo. (Tomasz Batko I Obiad z Mistrzem YouTube channel, 12 Feb 2019)
Impairment
He was born with a visual condition that led to him becoming legally blind at age six. (uwaga.tvn.pl, 13 Nov 2016)
Other information
MUSICIAN
Prior to the 2016 Paralympic Games in Rio de Janeiro, he released a Polish rap song titled 'Czas Igrzysk' ['Time of the Games']. His stage name is W.A.M., and later in 2016 he launched his first album called 'Czego Oczy Nie Widza' ['What Eyes Cannot See']. "Swimming and rap are like oxygen for me. They are my extra reasons to live." (dziendobry.tvn.pl, 06 Oct 2020; przegladsportowy.pl, 12 Sep 2016)