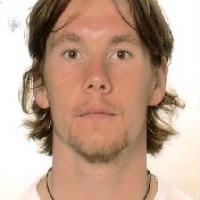 When and where did you begin this sport?
He took up the sport at a rehabilitation clinic near Augsburg, Germany.
Why this sport?
While undergoing rehabilitation, he met German Paralympian Roberto Simonazzi and orthopaedic technician Herbert Ganter. Both encouraged him get back into sports.
Club / Team
FC Kaiserslautern: Germany
Name of coach
Willi Gernemann [national]
Coach from which country?
Germany

Hobbies
Sailing. (segler-zeitung.de, 22 Jul 2014)
Sporting philosophy / motto
"Don't think about what you have been but what you are and what you are striving to be." (wojtekczyz.de, 15 Aug 2014)
Impairment
His aim was to become a professional football player and he had agreed terms with Fortuna Cologne in Germany. However, he injured his knee during his last match for regional side VfR Grunstadt in September 2001 and was diagnosed with compartment syndrome. His leg was no longer being supplied with blood from the knee down so it had to be amputated. (wojtekczyz.de, 15 Aug 2014)
Other information
AUTHOR
In August 2014 he released his autobiography called "How I lost my leg and found myself: The incredible story of a gold medal winner". (swr.de, 07 Aug 2014)

OTHER ACTIVTIES
He has served as a board member for the Sepp Herberger Foundation in Germany. The charity aims to help people with an impairment improve their rehabilitation through sport. (fussball-stiftet-zukunft.de, 22 Oct 2014)