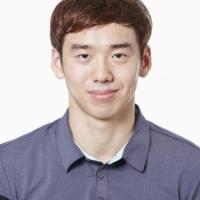 When and where did you begin this sport?
He began swimming in 2000 at the Central Christian Academy in the Republic of Korea.
Why this sport?
His parents made him learn to swim as a way of improving his concentration. A teacher noticed his talent for the sport and encouraged him to pursue it further.
Club / Team
Suwon Para Sports Association: Korea
Name of coach
Joo Gil Ho [national], KOR

In 2014 he was presented with a Medal of Merit by the Suwon Para Sports Association in the Republic of Korea. (kihoilbo.co.kr, 15 Dec 2014)

He received the Most Valuable Player [MVP] Award at the 2011 National Para Games in the Republic of Korea. (icsrd.or.kr, 21 Oct 2011)
Other sports
He has represented the Republic of Korea in Para cross-country skiing, winning a gold medal at the 2013 Special Olympics World Winter Games in Pyeongchang, Republic of Korea. (news.chosun.com, 14 Mar 2017; kyeonggi.com, 11 Feb 2015, 16 Feb 2014)
Ambitions
To win a medal at the 2020 Paralympic Games in Tokyo before retiring from competition, and to become a coach. (koreatimestx.com, 19 Apr 2021; kyeongin.com, 26 Apr 2020)
Impairment
He was diagnosed with an intellectual impairment at age five. (Athlete, 13 Jul 2015)