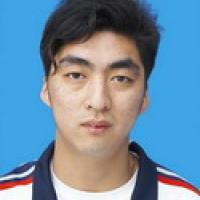 When and where did you begin this sport?
He took up Para athletics in 2001 in Shanghai, People's Republic of China.
Why this sport?
He liked sports from an early age. He first practised fencing, but his coach recommended he try athletics.
Club / Team
Shanghai : China
Name of coach
Zhang Heng [national]; Zhang Minzhen [club]

In 2012 he received a Merit Citation Class One from the city government of Shanghai, People's Republic of China, in recognition of his performance at the 2012 Paralympic Games in London. (nlc.gov.cn, 21 Sep 2012)