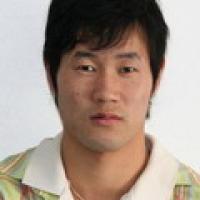 When and where did you begin this sport?
He took up Para athletics in 2002.
Why this sport?
He realised he had potential after winning a 60m sprint organised by a rehabilitation centre for athletes with an impairment.

Nicknames
The Flying Man Without Arms (sohu.com, 22 Aug 2010)
Memorable sporting achievement
Winning a gold medal in the T46 100m at the 2012 Paralympic Games in London. (chinadp.net.cn, 18 Oct 2016)
Sporting philosophy / motto
"Do more ordinary things, and speak less pretty words." (thsz.net.cn, 05 Nov 2010)
Awards and honours
In 2014 he was named an Elite Para Athlete of International Class by the China Administration of Sport for Persons with Disabilities [CASPD]. (yuxicl.org.cn, 29 Sep 2015)

He received a Sportsmanship Award at the 2010 National Para Games in the People's Republic of China. (yn.gov.cn, 30 Jul 2010)

He received Merit Citation Class One from the provincial government in Yunnan, People's Republic of China, in recognition of his performance at the 2008 Paralympic Games in Beijing. (sayivfdoctor.com, 18 Dec 2012)

In 2003 he received a Merit Citation Class Three from the provincial government in Yunnan, People's Republic of China. (yuxicl.org.cn,16 Sep 2014)

He has received the May 4th Youth Medal and the National Labour Medal in the People's Republic of China. (yuxinews.com, 21 Dec 2012)
Impairment
He lost his arms at age nine after receiving an electric shock. (yuxicl.org.cn, 29 Sep 2015)