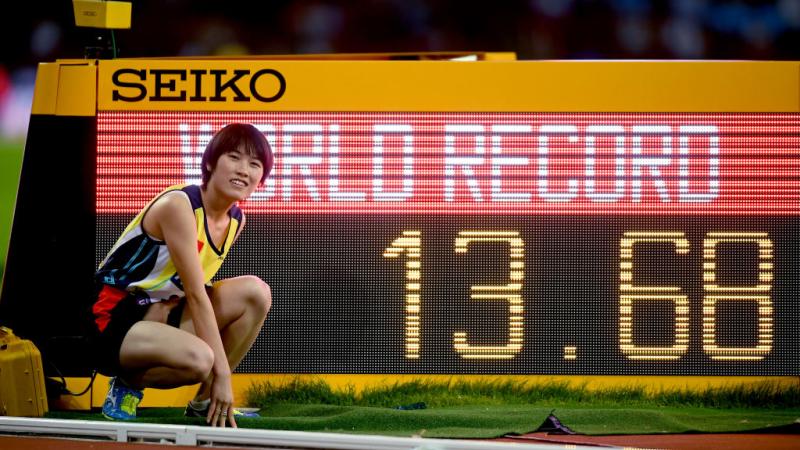 China’s Shi Yiting was in formidable form at London 2017 - her first ever World Championships.

Shi was the only competitor to go below the 14-second mark and her time took 0.14 seconds off the mark previously set by fellow Chinese sprinter Wang Fang back in 2008.

Two days earlier she had stormed to gold in the 200m, leaving her rivals in her wake as she crossed the line in 28.92 seconds, a new championship record.

The previous year, at the Rio Paralympic Games, Shi announced herself on the world stage with victory in the 200m T36.

Shi comes from Hunan Province in China and took up Para athletics in 2013. She was presented with the National May 1st Labour Medal by the All China Federation of Trade Unions and the National May 4th Youth Medal from the Central Committee of the Young Communist League and the All-China Youth Federation after winning gold in Rio. 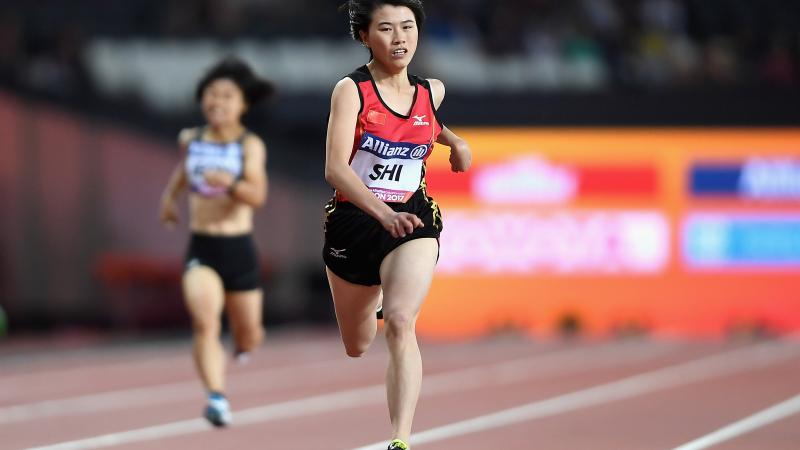 When and where did you begin this sport?
She took up the sport in 2013 in Guiyang County, People's Republic of China.
Why this sport?
She was selected to train for the sport with the Hunan provincial team in the People's Republic of China on the recommendation of the municipal federation for people with an impairment.
Club / Team
Hunan Province: Changsha, CHN
Name of coach
Yang Xiaoping, CHN

Hobbies
Drawing. (hnyys.wenming.cn, 13 Sep 2017)
Memorable sporting achievement
Winning gold in the women's T36 200m at the 2016 Paralympic Games in Rio de Janeiro. (Athlete, 07 Nov 2019)
Most influential person in career
Her father. (Athlete, 07 Nov 2019)
Sporting philosophy / motto
"As long as you have a dream and dare to fight for it, you will live a colourful life." (huarong.gov.cn, 11 Mar 2018)
Awards and honours
She was presented with the National May 1st Labour Medal by the All-China Federation of Trade Unions [ACFTU] in the People's Republic of China after winning gold at the 2016 Paralympic Games in Rio de Janeiro. (hngy.gov.cn, 28 Sep 2016)

In 2016 she received the National May 4th Youth Medal from the Central Committee of the Young Communist League and the All-China Youth Federation in the People's Republic of China. (hngy.gov.cn, 28 Sep 2016)

In 2016 she was named a National March 8th Red Banner Pace-Setter by the All-China Women's Federation [ACWF] in the People's Republic of China. (hngy.gov.cn, 28 Sep 2016)
Impairment
She has impaired muscle power in her left arm and her legs are of different lengths. Her impairment resulted from hypoxia at birth. (ngcz.tv, 28 Sep 2016; live.qq.com, 30 Dec 2019)