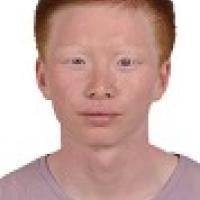 When and where did you begin this sport?
He took up Para athletics in 2005 in Dongying, People's Republic of China.
Why this sport?
He used to accompany an athlete with a vision impairment to javelin training. A coach there noticed Yuan's athletic talent and encouraged him to take up the sport.
Club / Team
Shandong Province: China

He received the Sportsmanship Award at the 2011 National Para Games in Zhejiang, People's Republic of China. (dongying.dzwww.com, 26 Sep 2014)
Impairment
He was born with albinism and has amblyopia, an impairment that means visual stimulation is poorly transmitted to the optic nerve. (dongyingnews.cn, 28 Aug 2015)