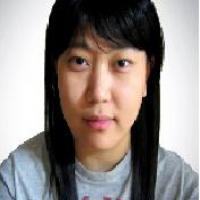 Awards and honours
At the 2013 Korean Athletic Awards Ceremony she received the Geosang Medal, the third highest Order of Merit for Sport in the Republic of Korea. (bcdailynews.com, 16 Oct 2013)

She received an excellence award in 2013 from the Chungcheongnamdo Sports Association for the Disabled in the Republic of Korea. (onyang.com, 18 Mar 2013)
Impairment
While studying at middle school she was diagnosed with lymphoma, a cancer of the immune system and white blood cells. The illness resulted in paraplegia. (news.joins.com, 13 May 2005)