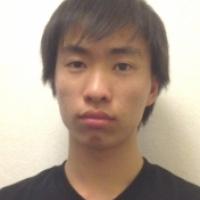 When and where did you begin this sport?
He began swimming while he was a high school student at Nara Prefectural School for the Blind in Japan.
Why this sport?
He was encouraged to take up the sport by his family and friends. He began swimming seriously after doing well in his first competition. It was the first time he had felt a sense of accomplishment since becoming visually impaired.
Club / Team
Tenri University: Japan
Name of coach
Fumiyo Minemura [national], JPN