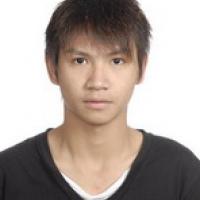 When and where did you begin this sport?
He took up Para swimming at age seven in Mengzi, People's Republic of China, and began training seriously in 2001.
Why this sport?
He was introduced to the sport by coach Zhang Honghu.

Hero / Idol
US basketballer Michael Jordan. (Athlete, 02 Sep 2012)
Sporting philosophy / motto
"Enjoy your life." (Athlete, 02 Sep 2012)
Awards and honours
During his career he has been selected as an Elite Athlete by the Yunnan Impaired Sports Federation, named an Outstanding Young Person by Honghezhou Youth Federation, received Merit Citation Class One by the Yunnan provincial government and voted one of the Top Ten Young People of Honghezhou. (hh.cn,25 Apr 2013)

In 2008 he was selected as an Advanced Individual by the state council in People's Republic of China. He has also received the May 1st Labour Medal from the All-China Federation of Trade Unions. (huanqiu.com, 28 Aug 2012)
Impairment
He was electrocuted at age six. The accident resulted in the amputation of his left hand and the impairment of the fingers on his right hand. (toutiao.com, 06 Oct 2016)
Other information
RETIREMENT
In 2013 he retired from competitive Para swimming. (toutiao.com, 06 Oct 2016)