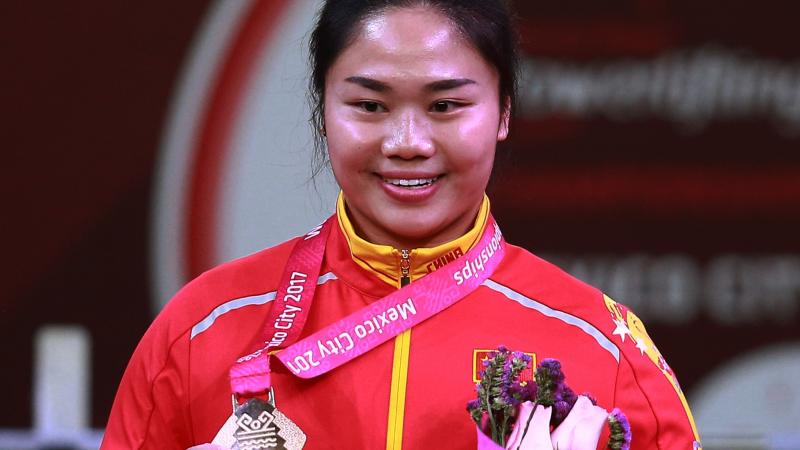 Yujiao Tan was in impeccable form in 2018 as she broke the women’s up to 67kg world record twice on her way to gold at both the Asian Para Games and Asia-Oceania Open Championships.

The Chinese powerlifter first lifted 139kg to win the latter competition held in Kitakyushu, Japan, in September. One month later, she went 1kg further to claim gold in Jakarta, Indonesia.

Tan has not lost at a major international competition since the London 2012 Paralympic Games, where she won silver in her first appearance at the age of 22.

Since then, she has claimed gold at all of them, including at the Mexico City 2017 World Championships and Rio 2016 Paralympic Games.

So far she has sealed two world titles and one Paralympic gold, but her medal tally is likely to continue increasing.

The Chinese athlete began powerlifting when she was just 12 years old and has grown into one of the most revered lifters on the circuit.

In the year before London 2012, her competitors got a taste of what was to come, as Tan set a new world record in the then women’s up to 67.5kg.

Tan clearly liked the experience and won the 2014 World Championships.

In 2015, she was in record-breaking form again. At the European Open in Eger, Hungary, Tan added 1kg onto her own mark from the Incheon 2014 Asian Para Games.

At Rio 2016 she realised her dream of winning a Paralympic title. With two good lifts and the title secured, Tan then decided to go for the world record. She did not quite manage the 138.5kg mark on the first try but came back and successfully reached it with a fourth round haul.

When and where did you begin this sport?
In June 2003 she began training with the Para powerlifting team in Xiangtan, People's Republic of China.
Why this sport?
A coach from the Xiangtan Sports School recommended the sport to her. "I didn't know what Para powerlifting was, but I wanted to try."
Club / Team
Zhejiang Province: China
Name of coach
Li Weipu [national], CHN

She sustained an elbow injury while competing at the 2015 National Games in Sichuan, People's Republic of China. (paralympic.org, 19 Jul 2015)

She has received the National March 8th Red Banner Pace-Setter award and the National May 4th Youth Medal in the People's Republic of China. (beijing2022.cn, 01 Feb 2021)
Ambitions
To win gold at the 2020 Paralympic Games in Tokyo. (zj.zjol.com.cn, 23 Sep 2019)
Impairment
At age seven she was diagnosed with osteomyelitis in her right foot and required surgery. Some time after the operation she broke her foot, which led to underdevelopment in her right leg. (Athlete, 12 Jul 2019; zj.zjol.com.cn, 29 Apr 2019; taizhou.com.cn, 17 Nov 2013)