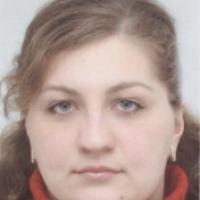 When and where did you begin this sport?
She began training at age 13.

Awards and honours
She holds the title of Honoured Master of Sport in Ukraine. (dcp.org.ua, 29 Aug 2012)

She has been given the Order of Princess Olga during her career. (sportclub-isd.com, 24 Nov 2008)
Impairment
When she was six, she contracted pneumonia and lost her vision as a result. (sportclub-isd.com, 24 Nov 2008)
Other information
RETIREMENT
She retired from the sport after competing at the 2012 Paralympic Games in London. (Athlete, 11 Dec 2014)

EARLY DAYS
When she began swimming, her parents worried that it would be not good for her health. Her friend's brother coached a group of swimmers with vision problems for free. Eventually her father consented under the condition that swimming would not interfere with her studies. She earned an Honours diploma in high school. (sportclub-isd.com, 24 Nov 2008)