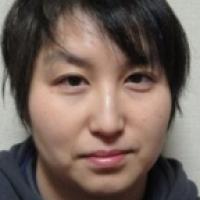 When and where did you begin this sport?
She began swimming at age three in Japan. She took up para-swimming after graduating from high school.
Why this sport?
She was influenced by her father. She also played wheelchair basketball, but preferred swimming.
Club / Team
Kyoto SC.: Japan
Name of coach
Fumiyo Minemura [national], JPN

She received a Kyoto City Sports Honorary Prize in 2008. (ameblo.jp/cpball, 29 Oct 2008)
Impairment
She had a brain tumour at age 16. An operation and radiation treatment caused a spiral cord injury, resulting in her requiring the use of a wheelchair. (patola.jp, 31 Aug 2008; kyoto-np.co.jp, 18 Nov 2008)
Other information
ASIAN GAMES CAPTAIN
She was named captain of the Japanese women's para-swimming team at the 2014 Asian Para Games in Incheon, Korea. (paraspo.info, 06 Oct 2014)