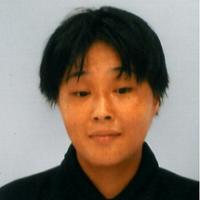 Most influential person in career
Her mother. (sports.nhk.or.jp, 21 Dec 2020)
Injuries
In the early part of 2016 she fractured her collarbone and shoulder blade after crashing during Para cycling training. She also sustained a traumatic brain injury in the incident. Her injuries continued to affect the nerves in both her arms once she returned to the sport, and she underwent surgery following the 2016 Paralympic Games in Rio de Janeiro. In 2018 her left arm was amputated above the elbow as a result of a surgical site infection she developed following another operation. (wedge.ismedia.jp, 01 Feb 2017; sports.nhk.or.jp, 21 Dec 2020)

In 2012 she tore ligaments in her left shoulder while training for the 2014 Paralympic Winter Games and did not compete at the event as a result. (sports.nhk.or.jp, 21 Dec 2020; wedge.ismedia.jp, 18 Mar 2013; SportsDeskOnline, 01 Jan 2015)
Awards and honours
In 2016 she received the Tokyo Citizen Sports Grand Award in Japan. (sports-tokyo.info, 12 Oct 2016)
Other sports
She has represented Japan in Para Nordic skiing, and competed in both biathlon and cross-country skiing at the 2010 Paralympic Winter Games in Vancouver. She has also competed in visually impaired marathons and Para triathlon events in Japan. (SportsDeskOnline, 01 May 2019; sports.nhk.or.jp, 21 Dec 2020)
Impairment
She was born with a visual impairment. In 2018 her left arm was amputated above the elbow due to a surgical site infection. (challengers.tv, 07 Jan 2016; sports.nhk.or.jp, 21 Dec 2020)
Other information
CHANGE OF SPORTS
Originally a Para Nordic skier, she competed in both cross-country skiing and biathlon at the 2010 Paralympic Winter Games in Vancouver. However, she decided to quit the sport in 2012 after injuring her left shoulder while training for the 2014 Paralympic Winter Games in Sochi. She then contacted Canadian Para cyclist Robbi Weldon, who had previously switched from Para Nordic skiing to Para cycling, and went on to win silver in the women's tandem B cycling time trial event at the 2016 Paralympic Games in Rio de Janeiro. "I only have medals in my head, and if I couldn't get on the podium, it didn't make sense to go to Sochi, so I decided to quit skiing. I emailed Robbi [Weldon]. She was doing cycling, so she said, 'Do tandem. Why don't you try it?' I thought I could aim for a medal in tandem." She briefly took up Para triathlon with a view to competing in the sport at the 2020 Games in Tokyo, but she switched back to Para cycling after her left arm was amputated in 2018. (wedge.ismedia.jp, 18 Mar 2013; tsunahiro.com, 2013; sports.nhk.or.jp, 21 Dec 2020)