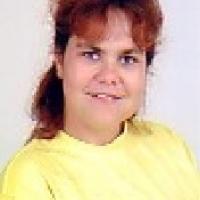 When and where did you begin this sport?
At age 18 she saw a race on television involving athletes in wheelchairs and was inspired to try it. It took her two years to save up the money to buy a racing wheelchair.
Why this sport?
She was inspired after watching wheelchair racing on television.
Club / Team
LC Cottbus: Cottbus, GER
Name of coach
Torsten Sehmisch [brother]
Coach from which country?
Germany
Training Regime
Two hours almost every day.

Other information
LONDON DISAPPOINTMENT
She was surprised to have not been selected to compete at the 2012 Olympic Games in London. "To date, I have received no clear explanation from the German [sporting] authorities for not being nominated. I had reached the standard [for qualification], I was fourth in the world rankings. There was so much media coverage of the Paralympics in London on television and in other media, like never before, so I was sad not to be there." (lr-online.de, 04 Oct 2012)