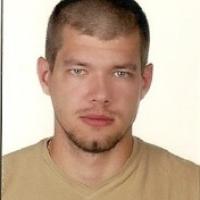 When and where did you begin this sport?
He took up Para ice hockey in 2005 in Zlin, Czech Republic.
Why this sport?
His doctor also worked for a Para ice hockey club in Zlin, Czech Republic, and suggested that Habl try the sport. "I had no idea there was a national team. It certainly wasn't my immediate goal to play internationally. My first goal was to stay on the ice so I wouldn't fall. It just worked out over time."
Club / Team
SHK LAPP Zlin: Czech Republic
Name of coach
Tomas Sedlacek [club], CZE; Jakub Novotny [national]
Training Regime
He trains for 16 hours a week.
Preferred position / style / stance / technique
Forward

He was named Most Valuable Player [MVP] of the 2014 Czech Open [four nation tournament] in Litomerice, Czech Republic. (hokej.cz, 26 Dec 2014)