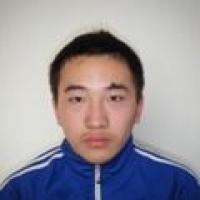 When and where did you begin this sport?
He took up the sport in 2010 in Heilongjiang, People's Republic of China.
Why this sport?
He was influenced by other Chinese Para athletes.
Name of coach
Zeng Huawei [national], CHN

In 2012 he was named a Model Worker by the people's government of Heilongjiang in the People's Republic of China. (sports.sohu.com, 23 Oct 2012)
Impairment
He is a person of short stature. (suihua.dbw.cn, 25 Sep 2012)