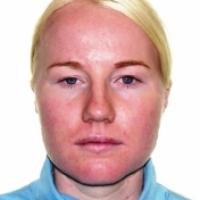 When and where did you begin this sport?
She began training in 2004 at age 17 in Petropavlovsk-Kamchatsky, Russian Federation.
Why this sport?
She was spotted by a sports school director while she and a friend were training at a local gym. The director suggested she should try skiing.
Club / Team
Petropavlovsk-Kamchatsky Adaptive Sports School: Russia
Name of coach
Alexander Nazarov [national], RUS; Victor Martynenko [personal], RUS, from 2014

She broke her leg in 2006. (kamtime.ru, 29 Apr 2010)
Sporting philosophy / motto
"Peace and tranquillity only." (Athlete, 06 Mar 2018)
Awards and honours
In recognition of her performance at the 2014 Paralympic Winter Games in Sochi, she was presented with the Order for Merits to the Fatherland [fourth grade] by the president of the Russian Federation. (kremlin.ru, 17 Mar 2014)

In 2013 she was given the Power of the Will award by the Russian Paralympic Committee. (paralympic.org, 06 Nov 2013)

She has received the title of Honoured Master of Sport in the Russian Federation. (kamsport.ru, 11 Dec 2017)
Famous relatives
Her younger brother Ivan Frantcev has competed in Para alpine skiing for the Russian Federation and took part in the 2010 and 2014 Paralympic Winter Games. (paralymp.ru, 11 Dec 2017; IPC, 24 Jan 2014)
Impairment
She has albinism and has been blind since birth. (sovsport.ru, 26 Feb 2012)
Other information
TEAM FOUNDER
After the 2010 Paralympic Winter Games in Vancouver, she established her own team in conjunction with the Kamchatka Society for the Blind. "I needed a new stage of development. It was tough and a big responsibility, but I am coping. It's a big step forward for me." (kamkrai.com, 04 Dec 2013)