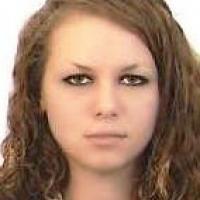 When and where did you begin this sport?
She took up the sport in 2009 in Novokubansk, Russian Federation.
Why this sport?
"My health was worsening so I needed aerobic exercise, and then I switched to a heavy lifting sport."
Club / Team
Trud: Lakinsk, RUS
Name of coach
Dmitry Krasilnikov [personal, national], RUS; Vladimir Khonin [personal, father], RUS

Nicknames
Nastya (Facebook profile, 05 Aug 2019)
Hobbies
Spending time with family. (Athlete, 27 May 2019)
Most influential person in career
Her mother. (Athlete, 23 Apr 2016)
Injuries
In September 2014 she sustained injuries to her right hand, leg and chest. (svet-mayakov.ru, 02 Nov 2015)
Awards and honours
In 2014 she was named one of the ten Best Athletes with an Impairment in Krasnodar, Russian Federation. (kubnews.ru, 25 Dec 2014)

She has been named Honourable Citizen of Novokubansk in the Russian Federation. (svet-mayakov.ru, 24 Nov 2017)

She has received the title of Master of Sport of International Class in the Russian Federation. (minsport.gov.ru, 25 Dec 2020; Athlete, 23 Apr 2016)
Ambitions
To compete at the 2020 Paralympic Games in Tokyo. (Athlete, 27 May 2019)
Impairment
The impairment to her legs was caused by polio. She contracted the illness at age two months. (ntktv.ru, 27 Aug 2009)
Other information
COMPETITIVE BREAK
She required an extended period of rehabilitation after she sustained a muscle injury in her chest in 2014. In 2016 she became pregnant and returned to training after giving birth to her son in 2017. (svet-mayakov.ru, 24 Nov 2017)

FURTHER EDUCATION
She has studied for a master's in coaching at Kuban State University of Physical Education, Sport and Tourism in Krasnodar, Russian Federation. (Athlete, 27 May 2019)