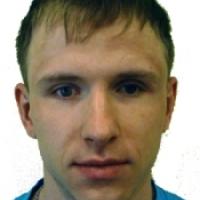 When and where did you begin this sport?
He began the sport in 2001 in Irkutsk, Russian Federation.
Club / Team
Ufa Sports School of Olympic Reserve No.7: Russia
Name of coach
Pyotr Buylov, RUS, from 2003; Sergey Manuylov, RUS, from 2010

Hobbies
Music, playing the synthesizer. (Athlete, 12 Jul 2014)
Memorable sporting achievement
Winning gold at the 2012 Paralympic Games in London. (Athlete, 12 Jul 2014)
Injuries
At the 2012 Paralympic Games in London, he ran the 4x100m relay with a hip injury he had sustained during the long jump event. "It was very difficult and painful, but [doctors] gave me anaesthetics and I ran on emotions." (championat.com, 06 Sep 2012)
Awards and honours
He carried the Paralympic torch in Ufa as it made its way through the Russian Federation ahead of the 2014 Paralympic Winter Games in Sochi. (torchrelay.sochi2014.com, 2014)

He was awarded the Order of Friendship in recognition of his performances at the 2012 Paralympic Games in London. (altaisport.ru, 12 Sep 2012)

He holds the title of Honoured Master of Sport in the Russian Federation. (minsport.gov.ru, 30 Dec 2019)