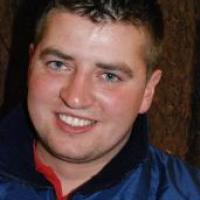 When and where did you begin this sport?
He began Para alpine skiing at age 16.
Why this sport?
He joined a sports club for people with impairments at high school. He first tried volleyball, but was encouraged by the club president to try skiing at a winter camp. Despite not enjoying the sport at first, he was encouraged to continue and decided to pursue the sport.
Club / Team
START Bielsko Biala: Poland
Name of coach
Michal Klusak [national], POL

He broke his left leg while slalom training shortly before the start of the 2006 Paralympic Winter Games in Turin. (VANOC, 12 Feb 2010)
Awards and honours
He was named Poland's flag bearer for the opening ceremony of the 2022 Paralympic Winter Games in Beijing. (IPC Entries, 04 Mar 2022)
Other sports
He has competed in Para cycling at national level in Poland. (sts-timing.pl, 19 Sep 2020)
Ambitions
To compete at the 2022 Paralympic Winter Games in Beijing, and to win a Paralympic medal. (tvp.pl, 07 Feb 2020)
Impairment
His right leg was amputated in 1992 at age 10 due to bone cancer. (VANOC, 12 Feb 2010; natemat.pl, 03 Feb 2013)
Other information
TELEVISION APPEARANCE
In 2015 he won the Polish version of the reality television show 'Celebrity Splash', where participants compete in the sport of diving. He donated half of his 25,000 Euros prize money to help support a child born without hands or legs. "I participated [in the show] to show that being a person with an impairment you can do many great things. I made it. I did my best and people appreciated it." (telemagazyn.pl, 26 Apr 2015; pomponik.pl, 15 May 2015; festiwalsilymarzen.pl, 2015)