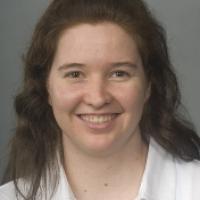 When and where did you begin this sport?
She took up the sport at age 12, when the New South Wales [NSW] Wheelchair Sports Association sponsored a chair for her.
Why this sport?
After her accident she was introduced to a wide range of wheelchair sports and discovered her passion for wheelchair racing.
Name of coach
Fred Periac [personal]

In 1999 she was named Australian Capital Territory [ACT] Academy of Sport's Athlete of the Year in the impairment category. (susf.com.au, 2008)
Ambitions
To win gold at the Paralympic Games. (athletics.com.au, 01 Jan 2017)
Impairment
In 1989, at age seven, she was in a car accident that resulted in paraplegia. While recovering from her injuries, she was in rehabilitation with Christie Dawes, who would also go on to represent Australia in Para athletics. (dailytelegraph.com.au, 05 Sep 2016; bodyandsoul.com.au, 08 Oct 2011; paralympic.org.au, 16 Dec 2009)