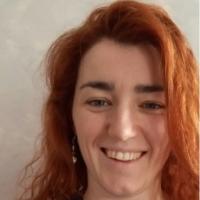 When and where did you begin this sport?
She took up Para swimming in 2012.
Why this sport?
She developed a passion for swimming after attending hydrotherapy sessions as part of her rehabilitation. "Water had always given me pleasure, but since the hydrotherapy it began to become something more. I felt good, I regained vitality and enthusiasm. A new life was on the way. A national coach, Raffaella Agape, noticed me and helped me understand my potential. It was she who convinced me that I did not have to persist in trying to regain use of my legs, and that I could find another way to compete."

Hobbies
Sports, reading, going to the cinema. (Athlete, 09 Sep 2019)
Memorable sporting achievement
Winning gold in the S4 50m backstroke at the 2015 World Championships in Glasgow, Scotland. (Athlete, 09 Sep 2019)
Most influential person in career
Her family. (Athlete, 09 Sep 2019)
Hero / Idol
US swimmer Michael Phelps. (Athlete, 12 Jul 2015)
Injuries
She was diagnosed with fluid on the lungs in 2017. (swim4lifemagazine.it, 27 Nov 2017)
Sporting philosophy / motto
"Sport is a great school of life that teaches you to confront your limits, accept them, try to overcome them and stand up every time you fall." (NoLimitsGroup-The Original Facebook page, 28 Dec 2020)
Awards and honours
In 2018 she received the Gold Medal for Athletic Merit from the Milan office of the Italian National Olympic Committee [CONI]. (glgs-ussi.it, 28 Mar 2018)
Ambitions
To compete at the 2020 Paralympic Games in Tokyo. (Diverrai Diamante YouTube channel, 14 Mar 2021)
Impairment
She has degenerative spastic tetraparesis, which has resulted in paralysis and muscle contractions. In 2012 she began to lose the feeling in her lower body. "[What triggered the condition] is still a mystery. It's certainly more difficult than before, but over time I'm able to build a daily routine. After all the despair and anger, there came a time when I had to collect the pieces and try to figure out what to do." (Athlete, 09 Sep 2019; corrierequotidiano.it, 01 Dec 2018; swim4lifemagazine.it, 27 Nov 2017; cervelliamo.blogspot.co.uk, 16 Jul 2013)
Other information
EARLY DAYS
She was involved in a number of sports during her youth before she was diagnosed with degenerative spastic tetraparesis. Her impairment was first discovered following a fall in a basketball game at age 12. "I was just a little girl and I was already desperate to do karate, fascinated by martial arts films. It was only the beginning. Football, athletics and swimming followed and then, during middle school, volleyball and basketball. But an unwanted surprise was coming. I was 12 years old. A fall during a basketball game caused me knee damage. The operation that followed brought up some problems but they were mistaken for an orthopaedic problem. Only after eight to nine months someone made me understand in no uncertain terms that I would never walk again. I found out that I had degenerative spastic quadriplegia." (milanosportiva.com, 19 Nov 2019)

MISSED WORLD CHAMPIONSHIPS
To treat her condition she requires the use of a medical pumping device that works using pressure. As a result of this, she had to skip the 2017 World Championships in Mexico City, Mexico, because the high altitude of the venue [more than 2200 metres above sea level] would have affected the function of the device. "I did a test in Livigno [Italy, at 1800 metres above sea level] and I immediately had problems that forced me to stop my training. My health is more important than any sporting competition." (swim4lifemagazine.it, 27 Nov 2017)

FROM ALBANIA TO ITALY
Born in Tirana, Albania, her family relocated to Italy when she was age two. (swim4lifemagazine.it, 27 Nov 2017; comitatoparalimpico.it, 01 Jan 2017)