Huot’s Para swimming career started in 1998 when he won five medals, including gold in the 1,500m open water race, at the World Championships in Christchurch, New Zealand.

‘The Shark’, as his team mates call him, first time competed in the Paralympics in Sydney in 2000. He went on to win three gold and three silver medals.

At the 2002 World Championships in Mar del Plata, Argentina he made a real name for himself winning seven medals, four of which were gold.

His finest competition to date was arguably the Athens 2004 Paralympic Games, a competition where he won five titles, broke three world records and also picked up a silver medal.

Due to his success in Athens, Swimming World Magazine named him World Disabled Swimmer of the Year 2005.

After four bronze medals at the 2008 Beijing Games, the huge golf enthusiast won one gold and three silver medals at the 2010 IPC Swimming World Championships in Eindhoven, the Netherlands.

Inducted into the Canadian Disability Hall of Fame in 2011, Huot took three podiums in his fourth Paralympic Games at London 2012. He broke the world record to take gold in the 200m individual medley, and also won a silver and bronze medal.

Huot was chosen as flag bearer for the Canadian team at the London 2012 Paralympic Games Closing Ceremony. "I would say it's by far the greatest honour that I can receive as an athlete," he said.

The veteran Para swimmer, who is in the S10 classification, found another world title at the 2013 IPC Swimming World Championships at home in Montreal, Canada, against the likes of Brazil's multiple world champion Andre Brasil.

In the summer of 2014 Huot attracted attention of a different kind when thieves broke into his house and stole seven of his medals, including two from Paralympic Games. The accolades were later replaced by the relevant bodies prompting an emotional response from Huot, who said that receiving them again brought back memories from when they were first awarded.

Deciding to continue his career so that he could compete at home once again at the Toronto 2015 Parapan American Games, Huot collected two silver and bronze medals at the 2015 World Championhsips. 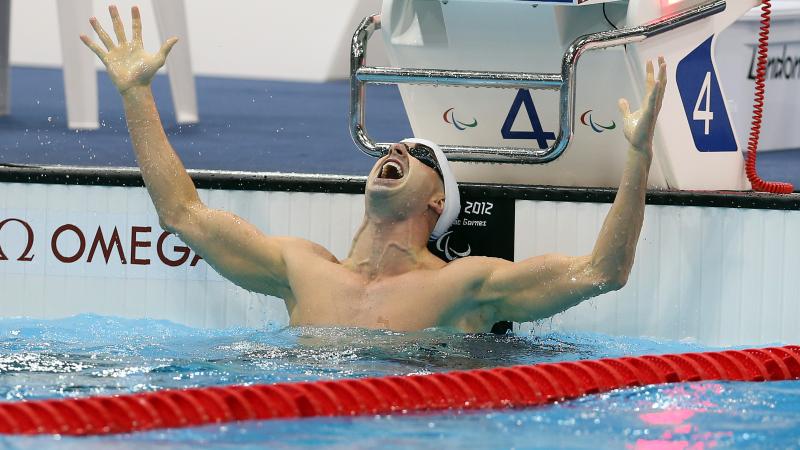 When and where did you begin this sport?
He took up the sport at age eight at the Seahorse Swim Club in Longueuil, QC, Canada. He began swimming competitively at age 10.
Why this sport?
He was inspired by a friend who won a silver medal at the Quebec Games in Canada.

He was Canada's flag bearer at the closing ceremony of the 2012 Paralympic Games in London. (paralympic.org, 2013)

In 2011 he was inducted into the Canadian Disability Hall of Fame. (cleanairchampions.ca, 07 Nov 2011)

He was named Swimming World Magazine's Disabled Swimmer of the Year for 2005. (swimmingworldmagazine.com, 26 Mar 2010)
Impairment
He was born with a club foot. The condition means he has a weak right ankle with reduced mobility and a smaller right foot. (benoithuot.com, 26 Mar 2010)
Other information
RETIREMENT
He retired from competitive swimming in January 2019. "It was the greatest of honours to represent our country and I'm proud to have been able to fulfil all my competitive dreams. Sport is the most amazing school of life and I had the privilege of being its student for the past 25 years." (swimswam.com, 29 Jan 2019)

STOLEN MEDALS REPLACED
In July 2014 thieves broke into his house in Montreal, QC, Canada, and stole seven of his medals, including two from the Paralympic Games and three from the Commonwealth Games. The International Paralympic Committee [IPC] and Commonwealth Games Canada had replacements made, which were presented to him in March 2015. Two Parapan American Games medals were also stolen but not replaced. "Being awarded them again brought back a lot of emotions. I remembered that specific moment of when I won the medals when getting them." (paralympic.org, 18 Mar 2015; cbc.ca, 09 Mar 2015)

OTHER ACTIVITIES:
In June 2009 he set up the Benoit Huot Foundation. The organisation aims to provide support to young athletes with an impairment who wish to pursue both academic and athletic ambitions. He has also given motivational speeches to schools and businesses, and served as an ambassador for the Canadian Paralympic Committee [CPC]. (LinkedIn profile, 01 Nov 2014) 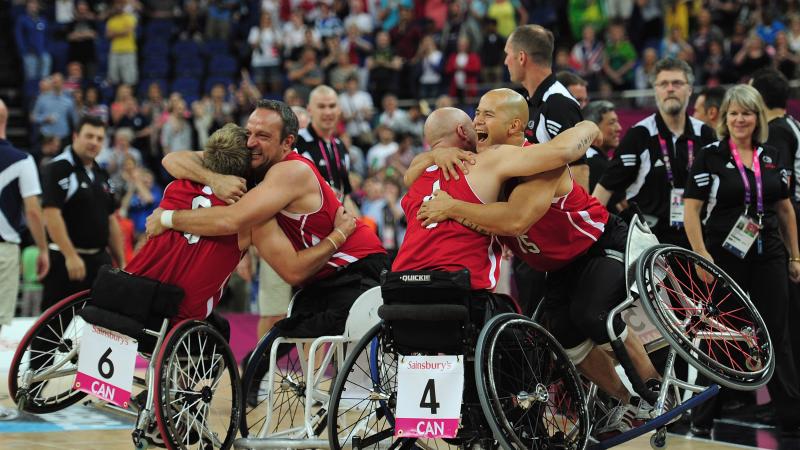