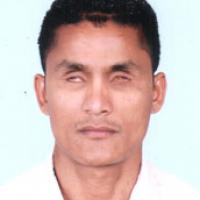 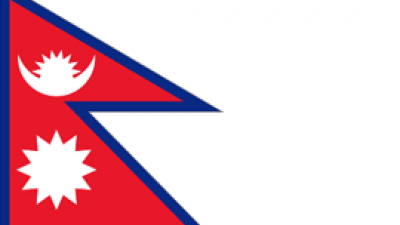 When and where did you begin this sport?
He took up para-athletics in 2008 in Kathmandu, Nepal.
Why this sport?
He was introduced to sport for the visually impaired by a visiting cricket coach from Pakistan.
Club / Team
Nepal Army: Nepal
Training Regime
He uses the internet to help plan his training sessions. "It helps that I have a lot of experience in track running but for further specialised tips on techniques, I search for coaching videos for Paralympians."

Hobbies
Listening to music. (Athlete, 06 Sep 2016)
Memorable sporting achievement
Breaking South Asian records in the T11 100m and 200m at the 2012 Paralympic Games in London. (Athlete, 06 Sep 2016)
Most influential person in career
His mother. (Athlete, 06 Sep 2016)
Sporting philosophy / motto
"It is very easy to doubt your ability. You and the people around you fear that you can't do a lot of things. I don't want to live by such low standards and I don't want people around me to lower their expectations of me either." (myrepublica.com, 08 Jul 2016)
Awards and honours
He was Nepal's flag bearer at the opening ceremonies of the 2012 and 2016 Paralympic Games. (paralympic.org, 29 Aug 2012; myinfo.rio2016.com, 06 Sep 2016)

He won the Nepalese Para Athlete of the Year Award in 2013. (NepaliCricket.com Facebook page, 02 Jul 2013)
Other sports
He has played cricket for the visually impaired for Nepal. (dawn.com, 04 Sep 2012)
Impairment
In 2003, as a warrant officer in the Nepalese Army, he and his foot patrol triggered two roadside bombs that had been left by Maoist rebels. The incident resulted in him losing his sight. (Nepali Trolls Facebook page, 06 Sep 2012; dawn.com, 04 Sep 2012)