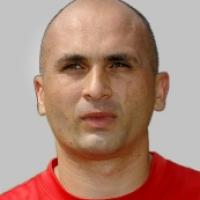 When and where did you begin this sport?
He took up the sport in 1995 in Vienna, Austria.
Why this sport?
He wanted to prove to people that he could succeed in sport despite his visual impairment.
Club / Team
SVS Leichtathletik: Austria
Name of coach
Gerhard Mayer [personal], AUT
Training Regime
He trains at coach Gerhard Mayer's personal facility in Franzensdorf, Austria.

Memorable sporting achievement
Winning gold in the F11 javelin throw at the 2004 Paralympic Games in Athens. "The golden one was a long time ago, but I still remember it very fondly. To be first at the Paralympics and to hear the national anthem is the greatest feeling ever. I'm working to relive that." (oepc.at, 20 Aug 2018)
Most influential person in career
Coach Gregor Hogler. (Athlete, 24 Oct 2015)
Hero / Idol
Czech javelin thrower Jan Zelezny, Estonian discus thrower Gerd Kanter. (Athlete, 24 Oct 2015)
Injuries
He was sidelined from competing in the shot put at the 2019 Croatia Open in Split due to a shoulder injury. He only competed in the discus at the event. (hilfsgemeinschaft.at, 01 Aug 2019)

He underwent surgery on his left shoulder in 2017. He returned to full training in February 2018 and made his competitive comeback in April that year. (gerhard-mayer.at, 29 Apr 2018)