"Whilst grassroots sport is in a strong position, so is the elite side with UK Sport announcing in January a 43% increase in its Paralympic sport funding for Rio 2016."

Before, during and after any Paralympics you always hear about legacy, the objectives of which are very rarely defined prior to or after a Games. As a result no-one can put their finger on what a good legacy actually looks like.

Tim Hollingsworth, the Chief Executive of the British Paralympic Association (BPA), prefers to talk about momentum so, to keep him happy, I’ll try not mention the “L word” again.

It’s now eight months since London 2012, so I’ll try to briefly cover some of the biggest changes since the Games.

To start with there is a record amount of funding being pumped in to Paralympic sport.

Such welcome investment should ensure an increase in participation across the country and, having attended last month’s BPA’s Sportsfest in Sheffield where the public could try out a variety of Paralympic sports, it is clear interest levels are still high post London.

Whilst grassroots sport is in a strong position, so is the elite side with UK Sport announcing in January a 43 per cent increase in its Paralympic sport funding for Rio 2016.

Whilst many sports have struggled to attract sponsors in recent years, the BPA has signed five major deals since the Games which will run through to Rio. Long term partners BT, Deloitte and EDF have extended their support, whilst Sainsbury’s and Nissan have also joined the BPA’s growing portfolio of partners.

This September it would be interesting to see whether these figures have changed one year on from those spectacular and memorable Games.

One of the reasons for the shift in attitudes and perceptions was the superb and widespread broadcast and media coverage the Games received last year. A knock-on effect of this was that many leading Paralympians became heroes and household names.

After the Games the public could spontaneously name 22 athletes with more than one in three (35%) naming Ellie Simmonds and one in four (27 per cent) David Weir. This was not the case in April 2010 when just five Paralympians could be recalled by less than 1 per cent of the population.

One of the big tests of London 2012’s momentum will come this summer when the IPC Athletics World Championships takes place in Lyon, France, and Montreal, Canada, stages the swimming equivalent.

Many of the athletes who became national treasures last summer, drawing record viewing figures and making front page news, will be in action.

Then we can confidently say the momentum is still strong and that London 2012 really did leave a positive Paralympic legacy! (Sorry Tim, I could not resist!) 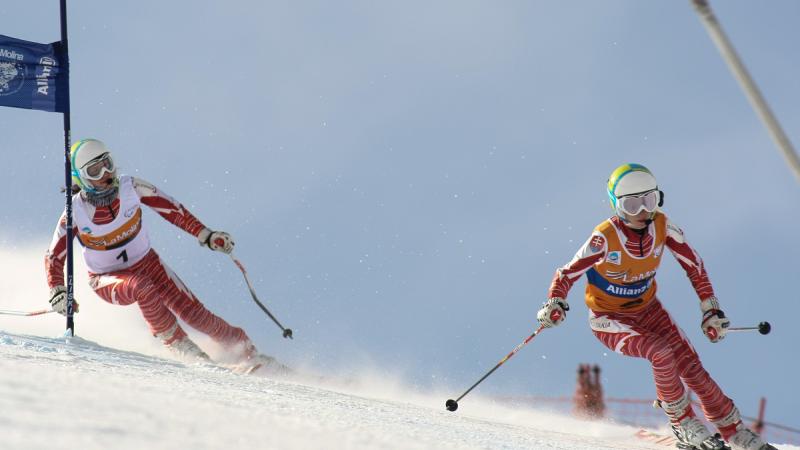