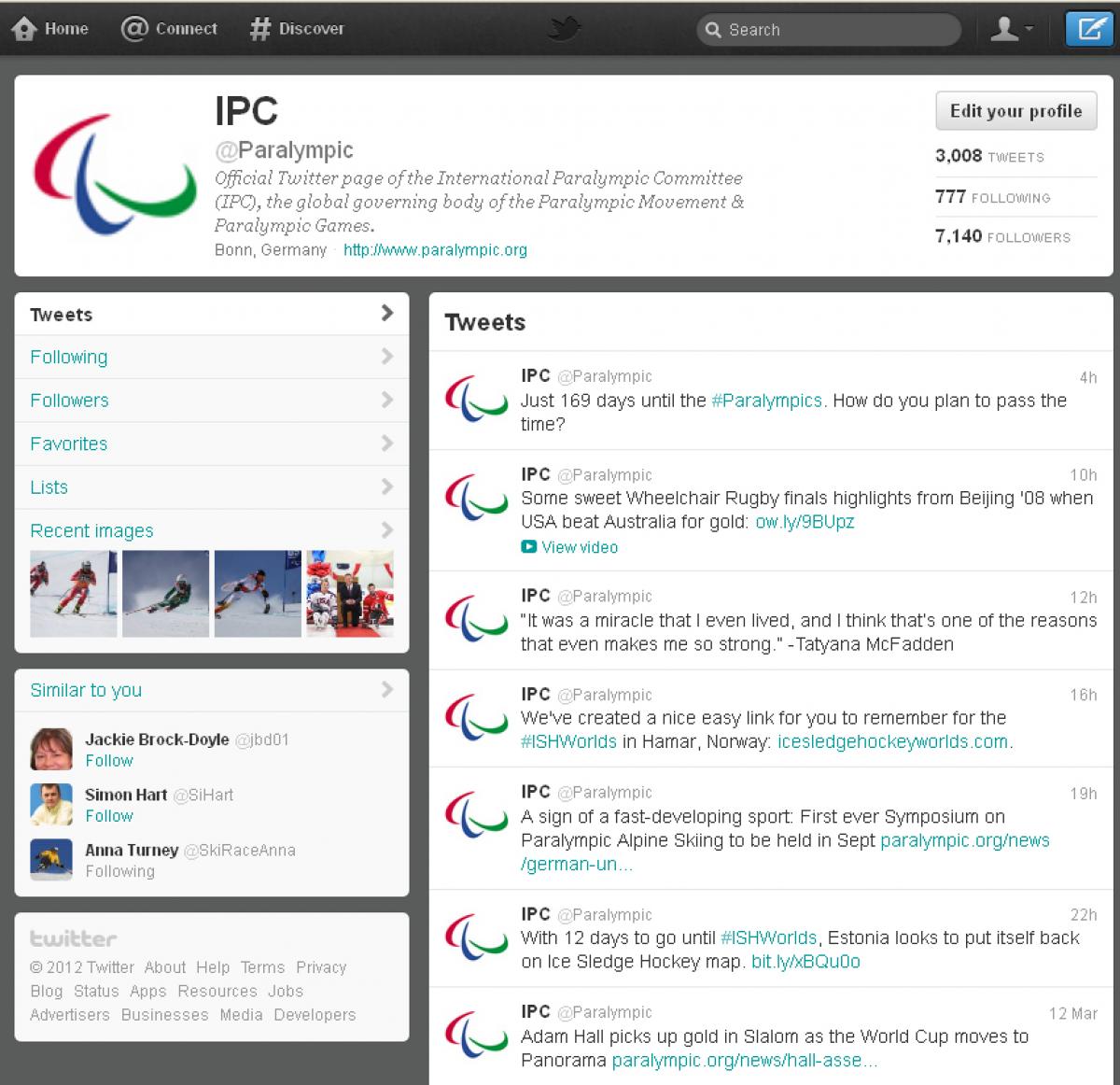 Twitter puts all Paralympic fans in the first row. It lets the IPC and athletes to connect with people around the world in an instant and reflects the emotion of the Paralympic community online.

Remember when you strolled down to the library in elementary school so the teacher could read your class a picture book?

In today’s world, many students are getting their stories on Twitter.

Yes. That’s right. Ten-year-olds, along with droves of university students, are taking over the internet via Twitter, and we as adults have to quicken our pace to catch up to them.

Twitter is just storytelling in a new format, and the Paralympic Movement is beginning to take advantage of this real-time tool.

Quick. Simple. To the point.

Twitter has the power to create a domino effect that no other medium can. With just the click of a mouse, people can share a news item, fact, opinion, photo or video to the rest of the world.

Twitter puts all Paralympic fans in the first row. It lets the IPC and athletes connect with people around the world in an instant and reflects the emotion of the Paralympic community online.

It also engages people who are not even present at an event and provides Paralympic fans with their own voice, allowing the IPC to respond to that voice to become closer to those fans.

Just minus the alcohol.

Many elders in today’s society find it daunting. But it’s the best way to immerse yourself in a movement that spans worldwide, and it actually makes athletes, leaders and organizations associated with the Paralympics appear human, and as if they’re right in front of you.

You will find everything on Twitter before it even hits websites, newsstands or the television.

You will find game scores, new world records, commentators’ opinions on an athlete and the like all in less than 140 characters on the world’s hottest medium.

Pictures and video clips straight to your smartphone. Flash quotes and match highlights at your fingertips.

You don’t even have to leave your couch to feel like you’re a part of the Paralympic Movement.

(Though, I recommend you do.)

I can’t envision a day in our IPC media office without discussing a Twitter countdown fact from @EvanOHanlon, training updates from Irish para-cyclist @ColinLynch or comical Paralympic moments from American discus thrower @JeremyCampbell.

London 2012 will truly be the first Paralympic Games to capture the emotion of the event on an entirely new platform.

The Paralympic community has migrated to Twitter, and if you haven’t joined yet, it’s about time.

The bird is calling.

The Paralympic Movement’s about to take flight. 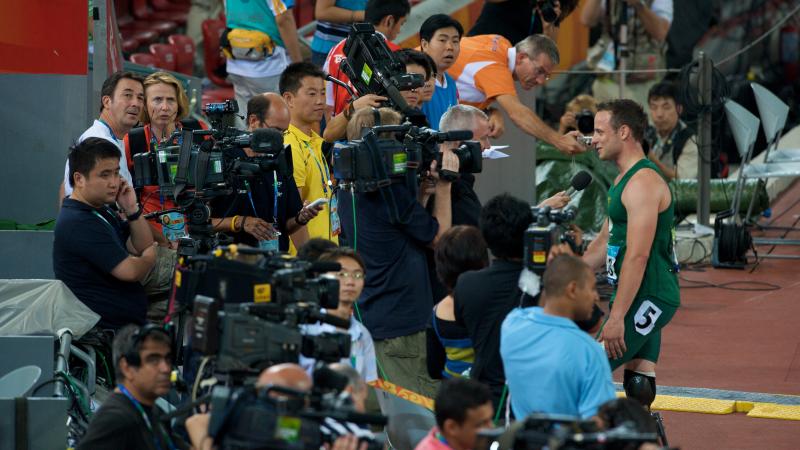 All Ears: Tell Me Your Story, I’m Listening