Despite only taking up Para swimming in 2013, Carlos Serrano emerged as the man to beat in the men’s S7 at the Rio 2016 Paralympic Games.

His debut season in 2015 saw him win World Championships gold in the 100m breaststroke SB7 in world record time.

Then, at the Toronto 2015 Parapan Am Games, he stormed to an impressive five gold medals all in Games record times and with a new Americas record in the 50m butterfly S7.

The performance placed him in the top five of the most decorated athletes and as Colombia’s most successful athlete, he was selected as the flag bearer for the Closing Ceremony.

A committed athlete, Serrano fits his training around his schooling as he believes that medals are won in training and you are “just picking them up at events.”

That could have been the mantra that drove him to win Colombia's first gold medal in 36 years at Rio 2016. He also added a world record to his gold in the 100m breaststroke, breaking the mark in the heats and finals on his way to the title.

His achievements have attracted the attention of the Colombian President as Serrano shot to national fame thanks to his performances in Brazil. 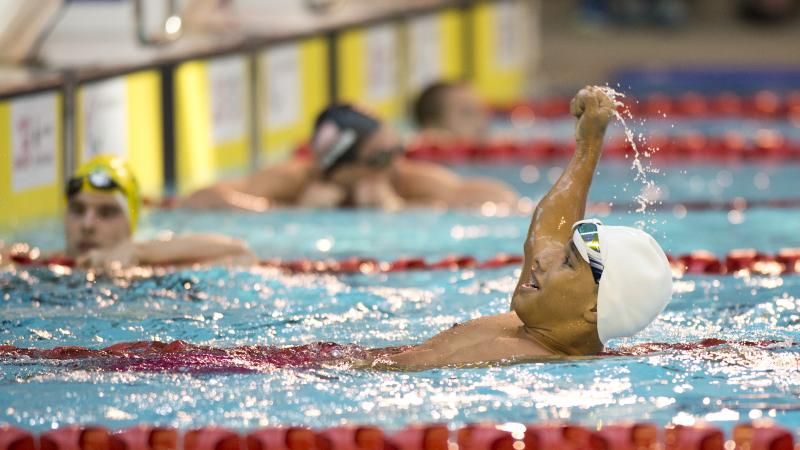 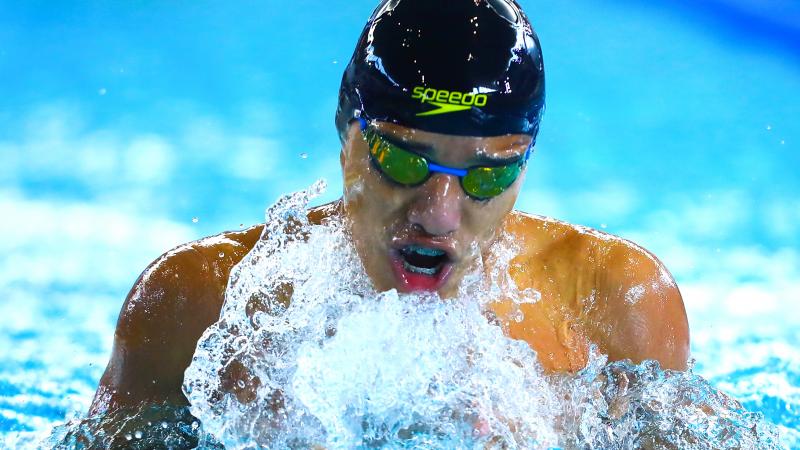 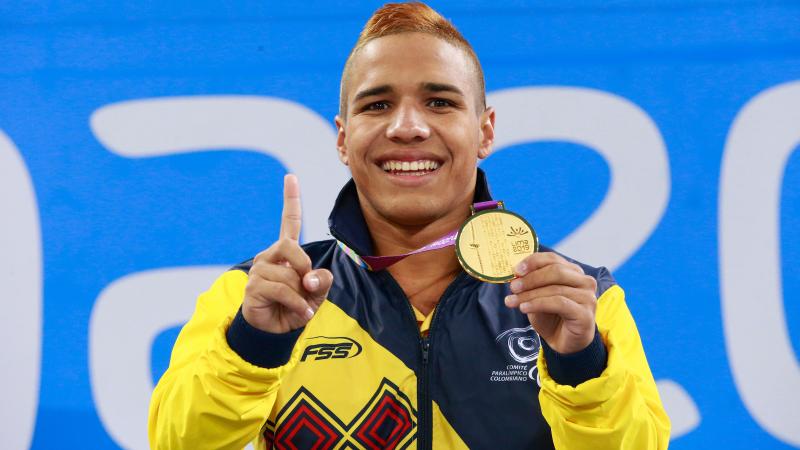 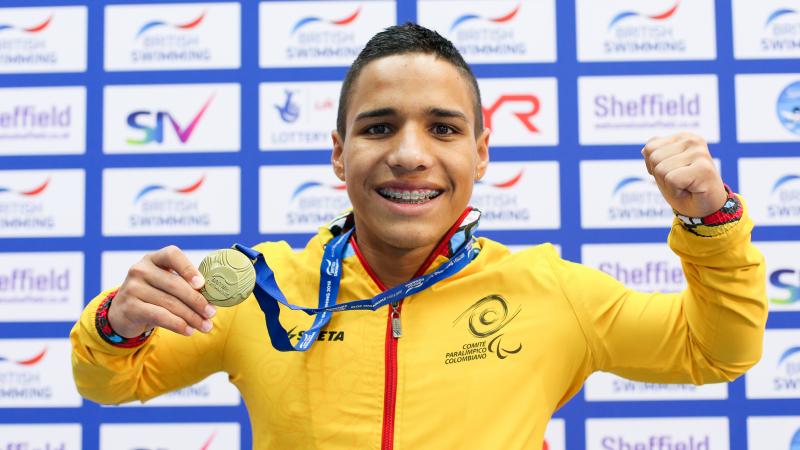 When and where did you begin this sport?
He took up the sport in early 2013 in Bucaramanga, Colombia.
Why this sport?
"I always liked the water but could not swim, so my mother put me in a [swimming] course. On the last day the coach Luis Carlos Calderon saw me with my short stature and invited me to swim with other athletes. The sport chose me."
Club / Team
Colombia Sin Limites: Bucaramanga, COL
Name of coach
Luis Carlos Calderon [national, personal], COL, from 2013

He was named Athlete of the Month for April 2016 by the International Paralympic Committee [IPC]. (paralympic.org, 11 May 2016)

He was named the 2015 Sportsperson of the Year by Colombian newspaper Vanguardia Liberal. (vanguardia.com, 29 Feb 2016)

He was flag bearer for Colombia at the closing ceremony of the 2015 Parapan American Games in Toronto, ON, Canada. (paralympic.org, 15 Aug 2015)
Ambitions
To win multiple medals at the 2020 Paralympic Games in Tokyo. (eltiempo.com, 06 Mar 2017)
Impairment
He was born with achondroplasia, a condition that affects bone growth. (Athlete, 02 Dec 2017; elcolombiano.com, 16 Aug 2015)