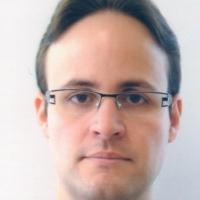 When and where did you begin this sport?
He began shooting competitively at age 11 in Dijon, France. "At age eight my parents signed me up to a Para sports club in Dijon, initially just so I could learn to swim and meet other people with an impairment. One day, the president of the club asked me to come and try sport shooting. I had never been attracted by the world of guns, but I was curious and went along. I showed potential, and decided to start competing at age 11."
Why this sport?
"I think it's a sport that corresponds perfectly to my personality, which is calm and introverted. Sport is my entire life, and when I'm not doing it myself, I'm usually watching it on television, no matter what type of sport it may be."
Club / Team
Societe de Tir et d'Education Physique [STEP] Chalon-sur-Saone: France
Name of coach
Eric Viller [national]; Valerian Sauveplane [national]
Training Regime
He trains about 20 hours weekly.

Nicknames
The Emperor (Athlete, 08 Feb 2012)
Hobbies
Cycling with his father. (fftir.org, 05 Feb 2021)
Memorable sporting achievement
Winning gold at the 2012 Paralympic Games in London. (cedric-fevre.fr, 07 Oct 2018)
Most influential person in career
His parents. (uniopss.asso.fr, 15 Nov 2012)
Hero / Idol
French sprinter Marie-Jose Perec. (uniopss.asso.fr, 15 Nov 2012)
Sporting philosophy / motto
"Concentration and controlling your emotions are essential qualities. There is also the technical aspect which is very precise and repetitive. The level of skill at international competitions never stops increasing, so we must always question our methods to continue to evolve and progress. My strengths are concentration and thoroughness and controlling my emotions. My weakness is that I lack confidence in myself." (macommune.info, 10 Sep 2016)
Awards and honours
In 2017 a gym was named after him at the Marie Therese Eyquem Sport Complex in Talant, France. (Facebook page, 20 Oct 2017)

In 2011 he was presented with the Medal of the City of Chalon in France. (infos-chalon.com, 21 Mar 2011)
Ambitions
To win a medal at the 2020 Paralympic Games in Tokyo and to compete at the 2024 Paralympic Games in Paris. (cedric-fevre.fr, 07 Oct 2018; france3-regions.francetvinfo.fr, 20 Oct 2017; fftir.org, 05 Feb 2021)
Impairment
He was born with spina bifida. (bienpublic.com, 31 Dec 2010)
Other information
LONDON HIGH, RIO LOW
After winning a gold medal at the 2012 Paralympic Games in London he admitted that the pressure and expectation of being Paralympic champion affected him four years later at the 2016 Games in Rio de Janeiro, where he failed to qualify for the final in both his events. "It was difficult to continue after London 2012. I had more expectations and pressure in 2016. My preparation for Rio went well, but in the competition it just didn't come together." (cedric-fevre.fr, 07 Oct 2018)

HEART RATE
He claims to have a slower heart rate than the average, at around 50 to 55 beats per minute while at rest, which he believes helps him during competitions. "I am introvert. I think that's an advantage in this sport. It matches my character perfectly." (fftir.org, 05 Feb 2021)