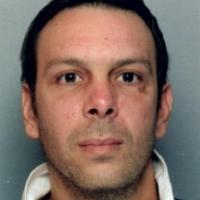 When and where did you begin this sport?
He took up the sport at age 19 at Onnaing Shooting Range in France.
Why this sport?
Before his accident in 1997, he played athletics, tennis and badminton. After his accident he did not want his wheelchair to become an obstacle to his previous sporting life, so he tried shooting and found he was good at it and enjoyed it. His father was also a shooter.
Club / Team
Avenir d'Onnaing Tir Sportif: France
Name of coach
Eric Viller [national]; Valerian Sauveplane [national]

Nicknames
Chris (Athlete, 08 Feb 2012)
Most influential person in career
Coach Jacques Meuret, and his father. (Athlete, 08 Feb 2012)
Sporting philosophy / motto
"Take victory with modesty, take defeat with philosophy." (Athlete, 08 Feb 2012)
Awards and honours
He received an acknowledgement in 2017 from the municipality of Onnaing, France, as recognition for his participation at the 2016 Paralympic Games in Rio de Janeiro. (onnaing.fr, 01 Sep 2017)
Ambitions
To win a medal at the 2020 Paralympic Games in Tokyo. (va-infos.fr, 22 Nov 2016)
Impairment
He has paraplegia as a result of a scooter accident in 1997. (zyyne.com, 01 Dec 2007)
Other information
OTHER ROLES
He has served as vice-president of the Sporting Association for Impaired People of Hainaut Valenciennes [ASHHV] in France. (va-infos.fr, 29 Jun 2018)