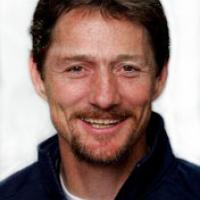 When and where did you begin this sport?
He was introduced to skiing and racing at the first National Disabled Veterans Winter Sports clinic in 1985/86. "I decided then and there to dedicate myself to racing and coaching other injured veterans."

In 2003 and 2004 he was named Disabled Skier of the Year by Ski Racer Magazine. (VANOC, 12 Feb 2010)
Impairment
In 1982 he was serving in Alaska with the US Coast Guard when he was involved in a plane crash that paralysed him below the waist. (usparalympics.org, 17 Dec 2010)
Other information
X GAMES HISTORY
At age 53 he became the oldest athlete to win a medal at the Winter X Games, in 2015 in Aspen, CO, United States of America. In 2006 he won the first ever X Games mono-skiing gold medal. (wvnh.com, 06 Feb 2015)

NATIONAL FIRST
He was the first athlete with an impairment to compete in the US Freeski and Snowboarding Extreme Championships. (gocdy.com, 16 Mar 2013)

WORLD FIRST
He was the first athlete with an impairment to compete alongside an able-bodied team at the World Synchronised Ski Championships. (gocdy.com, 16 Mar 2013)