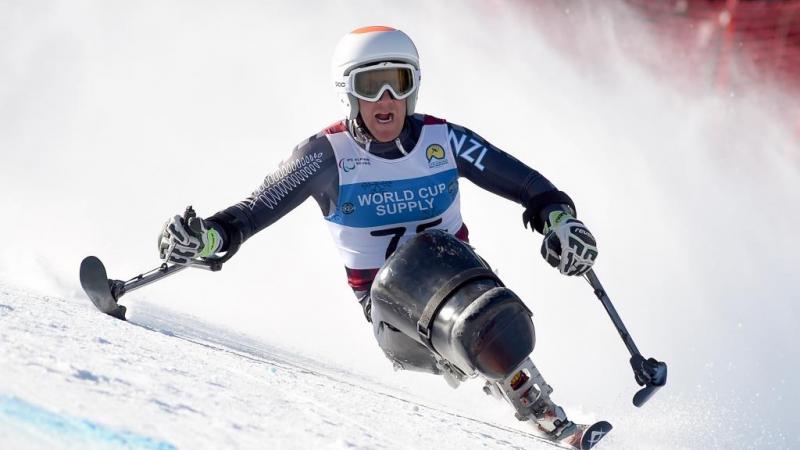 New Zealand’s sit-skier Corey Peters really came of age in his career at Sochi 2014, winning his first ever major international medal with silver in the giant slalom.

As a qualified cabinet and boat maker, Peters has some natural finesse which only took three years of competitive skiing to perfect after his international debut in 2011.

He is also used to adrenaline-fuelled sports and became paralysed after a moto-cross accident in 2009.

At the 2015 World Championships Peters proved that his success in Sochi was no fluke, with downhill and super-G world titles and a giant slalom silver to boot.

Despite failing to defend those titles in Tarvisio, Italy, in 2017, Peters still left with two silver medals in an increasingly competitive men's sitting field.

He also reached the podium at several World Cup editions, including a second place in super-G at the PyeongChang 2018 Test Event. This led him to third place in the super-G and downhill final standings, and a top 10 finish in the overall men's sitting rankings.

He has been recognised in New Zealand as being amongst the best athletes his country has to offer, by being named the Snow Sports New Zealand Athlete of the Year for two years in a row in 2014 and 2015.

When and where did you begin this sport?
He took up Para alpine skiing at age 28 at the Whakapapa Ski Field in New Zealand.
Why this sport?
Sport was a big part of his life before his accident, so maintaining an active lifestyle after his recovery was important to him. He compares sit-skiing to surfing, which is one of the sports he enjoyed before his accident. "Sit skiing gives me a sense of freedom. I can leave the wheelchair at the bottom of the mountain. There are no real limitations as to where I can or can't go on the mountain. I like the adrenaline-fuelled sort of sports, I guess the more extreme sports, just to get that good rush, really."
Name of coach
Ben Adams [national], NZL
Training Regime
He spends the northern hemisphere seasons training in Winter Park, CO, United States of America. Back in New Zealand he splits his time between his home base in New Plymouth and training at Cardrona Alpine Resort and at the High Performance Sport New Zealand / Snow Sports NZ Training Centre in Wanaka.

He suffered a labrum tear in his left shoulder in 2013, which took him six months to recover from. (Athlete, 09 Mar 2018)
Sporting philosophy / motto
"Work hard and never give up. If you get knocked down, get back up and keep moving forward." (Athlete, 09 Mar 2018)
Awards and honours
He was flag bearer for New Zealand at the opening ceremony of the 2018 Paralympic Winter Games in Pyeongchang. He performed the same role at the closing ceremony of the 2014 Paralympic Winter Games in Sochi. (stuff.co.nz, 01 Mar 2018; paralympic.org, 16 Mar 2014)

He won the Breakthrough Season award at the 2013 Snow Sports New Zealand Annual Awards. (snow.co.nz, 04 Nov 2013)
Other sports
He played club rugby for Tukapa in New Zealand before his accident. (snow.co.nz, 04 Nov 2013)
Ambitions
To compete at the 2022 Paralympic Winter Games in Beijing. (paralympics.org.nz, 04 Mar 2021)
Impairment
In September 2009 he was competing in a motocross event at Taupo, New Zealand, when he crashed and the suspension on his motorcycle failed. His L1 vertebra burst out of his back and crushed his spinal cord, leaving him paralysed. He spent four months in the spinal unit of Burwood Hospital in Christchurch, New Zealand. "Obviously I found there were a lot of dark times going through my rehab, learning that you were going to be in a wheelchair for the rest of your life. So I think the positive impact that sport has had on me is you get to really change that mindset and turn that negative into a positive. I guess if I was to talk to someone that was laid up in a hospital bed in the spinal unit, I'd just assure them that there is a good life to be had." (ACC New Zealand Facebook page, 04 Sep 2018; Athlete, 09 Mar 2018, 08 Mar 2014; stuff.co.nz, 27 Aug 2011)
Other information
BETTER WITH AGE
After winning gold in men's sitting downhill at the 2022 Paralympic Winter Games in Beijing at age 38, he said beating younger skiers made the victory extra satisfying. "I put down probably the run of my life, and it showed on the scoreboard. The talk of the town is Jeroen [Kampschreur] and Jesper [Pedersen], those young guns in their early 20s, so for me to be able to show them I've still got some pace and can still do it, it's a good feeling. I can still hang with the young guys and maybe you get better with age in the downhill." (OIS, 05 Mar 2022)

TRADE SKILLS
He is a qualified cabinet maker and boat builder. (snow.co.nz, 04 Mar 2014) 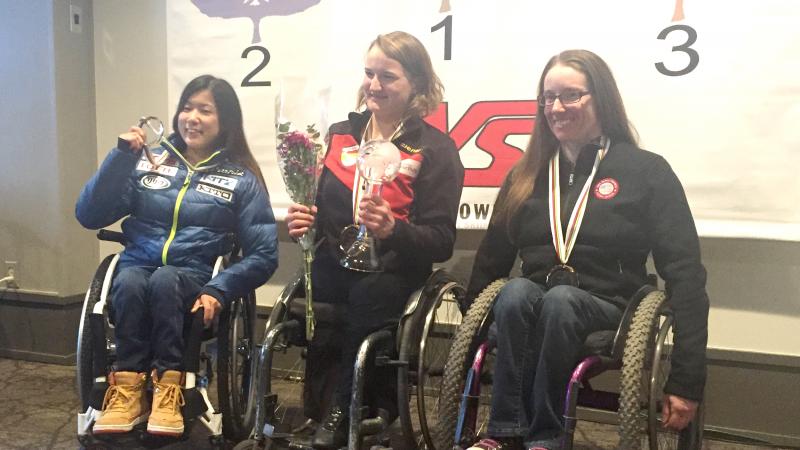