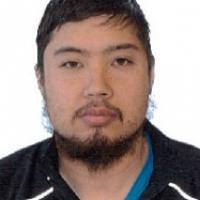 When and where did you begin this sport?
He began wheelchair racing at age 10.
Why this sport?
He was inspired to try the sport after watching the 1500m at the 1996 Paralympic Games in Atlanta on television.
Club / Team
Cruisers Sports: Mississauga, ON, CAN
Name of coach
Ken Thom [father], CAN

Most influential person in career
His father Ken Thom, coach Bob Schrader. (csiontario.ca, 23 Apr 2013)
Injuries
In May 2014 his vision disappeared during a race in Switzerland. Shortly after he was forced to undergo ventricular shunt surgery, a procedure that relieves pressure caused by a build up of fluid near the brain. He did not compete again until January 2016. (wheelzontheline.com, 21 Aug 2016)

Illness meant he was unable to compete at the 2008 Paralympic Games in Beijing. (mississauga.com, 09 Nov 2009)
Sporting philosophy / motto
"Train hard, listen to your coaches, ask questions, learn from other athletes and most importantly have fun." (csiontario.ca, 23 Apr 2013)
Awards and honours
In 2003 he was named the Sport Alliance Athlete with a Disability of the Year, and the Ontario Wheelchair Sports Male Athlete of the Year. He also won the Mississauga Sports Council Disabled Athlete of the Year in 2001, 2003, 2008 and 2009. (wheelzontheline.com, 15 Apr 2014)
Other sports
He has represented Canada in Para ice hockey. (hockeycanada.ca, 31 Oct 2009)
Famous relatives
His father Ken Thom has served as his coach. (athletics.ca, 10 Nov 2016;mississauga.com, 19 Aug 2016)
Impairment
He was born with spina bifida and hydrocephalus. He had four operations in the first 10 days of his life and although he had learned to walk by age two, a growth spurt while he was still a small boy meant he required further surgery for a tethered spinal cord. He has used a wheelchair ever since. (wheelzontheline.com, 15 Apr 2014)