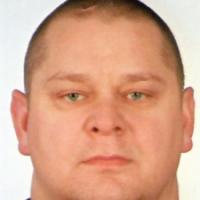 Awards and honours
In 2015 he received an award in recognition of his sporting performances from the city council of Czechowice-Dziedzice, Poland. (czechowice-dziedzice.pl, 13 Mar 2015)
Other sports
He represented Poland in powerlifting at the 2004 Paralympic Games in Athens and the 2008 Paralympic Games in Beijing. (interia.pl, 18 Sep 2008; naszemiasto.pl, 22 Aug 2008)
Impairment
In 1999 he was diagnosed with bone cancer which resulted in the amputation of his left leg. (warszawa.naszemiasto.pl, 22 Aug 2008)