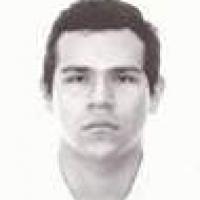 When and where did you begin this sport?
He began swimming at age four, in 1998, in Xalapa, Mexico.
Why this sport?
His parents both studied physical education and enjoyed sport, so he was encouraged to be active from a young age. He was later inspired by watching Mexican Para swimmers Doramitzi Gonzalez and Pedro Rangel at the 2012 Paralympic Games in London.
Club / Team
Veracruz State: Mexico
Name of coach
Fernando Gutierrez Velez [national], MEX
Training Regime
He trains at the Mexican National Paralympic Training Centre [CEPAMEX] in Mexico City.

Nicknames
El Misil Xalapeno [The Xalapeno Missile]. (Instagram profile, 15 Apr 2022)
Memorable sporting achievement
Winning his first Paralympic medal with bronze in the men's S3 50m backstroke at the 2020 Games in Tokyo. "I feel that set the tone for the other medals in Tokyo, because I was already more relaxed and had the mentality that I had nothing to lose, and everything to gain." (yotambien.mx, 12 Jan 2022)
Hero / Idol
Mexican Para swimmer Arnulfo Castorena. (Athlete, 04 Dec 2017)
Injuries
He sustained a fractured finger during the 2015 World Championships in Glasgow, Scotland. He competed with the injury at the 2015 Parapan American Games in Toronto, ON, Canada. (xalapa.gob.mx, 30 Aug 2015)
Sporting philosophy / motto
"The greatest pleasure in life is doing something that you were told you were not capable of." (Twitter profile, 26 Mar 2013)
Awards and honours
In 2018 and 2021 he received the Veracruz State Sports Award in Mexico. (imagendeveracruz.mx, 20 Nov 2021; eldemocrata.com, 27 Dec 2018; masnoticias.mx, 22 Nov 2018)

He and Para powerlifter Amalia Perez were flag bearers for Mexico for the opening ceremony of the 2020 Paralympic Games in Tokyo. (gettyimages.co.uk, 24 Aug 2021; mexico.as.com, 16 Aug 2021)

He received the 2019 National Sports Award in recognition of his achievements at the 2019 World Championships in London, England, and the 2019 Parapan American Games in Lima, Peru. (veracruz.gob.mx, 08 Nov 2019)

In 2017 a sports centre was named in his honour in Xalapa, Mexico. (dpoderapoder.mx, 14 Apr 2017; Comunicacion Social Xalapa YouTube channel, 11 Feb 2017)
Ambitions
To win a medal at the 2024 Paralympic Games in Paris. (yotambien.mx, 12 Jan 2022)
Impairment
At age eight he was diagnosed with Charcot-Marie-Tooth disease, a condition that affects the peripheral nervous system. (estema.com.mx, 04 Mar 2016)
Other information
COMPETING WITH INJURY
During the 2015 World Championships in Glasgow, Scotland, he fractured a finger on his right hand after hitting the wall too hard. He continued competing at the event, and then went on to claim three medals with his finger in a splint at the 2015 Parapan American Games in Toronto, ON, Canada. "Doctors said I could not compete, but I wanted to finish the world championships. I swam my last event anyway and finished eighth. I put up with the pain because pain is temporary, but glory is eternal. Once I was standing on the podium [in Toronto] I forgot all the pain." (xalapa.gob.mx, 30 Aug 2015)

Mexican Monday in the water