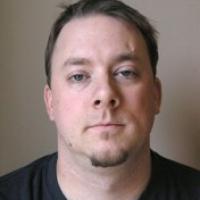 When and where did you begin this sport?
He began shooting at age 37 in New Westminster, BC, Canada.
Why this sport?
"I used to play wheelchair rugby and then the kids came along so I had to give that up through lack of time. I then began working from home and needed a reason to get out of the house, so I chose a sport I knew I could be competitive at."
Name of coach
Gale Stewart [national], CAN

Hobbies
Photography, fly fishing, hunting, spending time with his dog. (Instagram profile, 11 Jun 2022)
Hero / Idol
Canadian Para shooter Chris Trifonidis. (Athlete, 04 Jan 2011)
Injuries
He had a broken leg in 2017. (Instagram profile, 19 Jun 2017)
Sporting philosophy / motto
"Never worry about the things you have no control over and always take extra care over the things you do." (Athlete, 04 Jan 2011)
Awards and honours
He was named 2019 Male Athlete of the Year by the Shooting Federation of Canada [SFC]. (sfc-ftc.ca, 01 Jan 2020)

He has received the Queen Elizabeth II Diamond Jubilee Medal in Canada. (paralympic.ca, 31 Dec 2016)
Other sports
He has played wheelchair rugby at national level. (thenownews.com, 03 Aug 2012)
Ambitions
To compete at the 2024 Paralympic Games in Paris. (Instagram profile, 05 Sep 2021)
Impairment
He has partial paralysis following a car accident in 1995. (thenownews.com, 03 Aug 2012)
Other information
HEARTBEAT CONTROL
He says he has developed a measured control of his heart rate and that he is at his best when he can slow his heart to around 50 to 58 beats per minute [bpm]. "Any lower than [50 bpm] and I tend to feel sleepy. Any higher [than 58 bpm] it can then affect your accuracy and you'll have to add in the focus of really shooting between heartbeats." (tricitynews.com, 23 Aug 2021)

ILLNESS
He took a six-month break from the sport after he was diagnosed with leukaemia in 2014. He recovered from the illness and was able to compete at the 2016 Paralympic Games in Rio de Janeiro. (paralympic.ca, 04 Jul 2016)

OCCUPATION
He has worked as a customer service representative for a rifle component manufacturer in Port Coquitlam, BC, Canada. (LinkedIn profile, 21 May 2022)