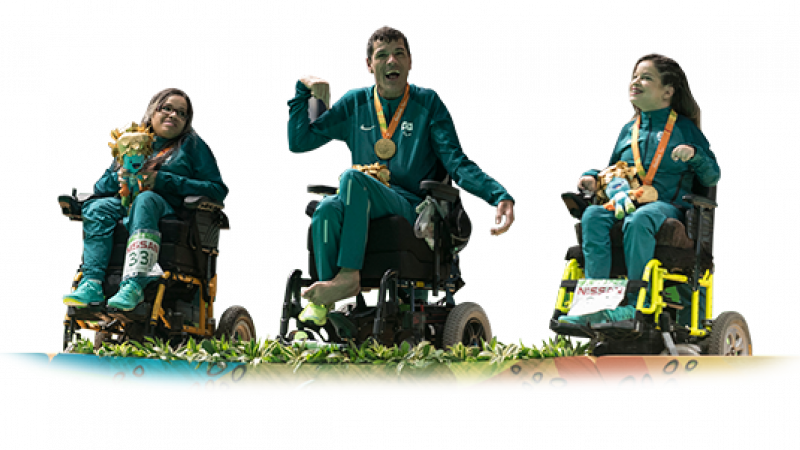 In 2016 Evelyn de Oliveira enjoyed a successful Paralympic debut in her home country.

She was part of the Brazilian team that took home gold in the mixed pairs BC3 at Rio 2016, after defeating world No.1 South Korea in front of home fans. She finished seventh in the individual event.

At birth she had spinal muscular atrophy that affects the motor nerve cells in her spinal cord.

She began boccia in 2010 in her hometown Suzano, Brazil, after a coach from her current club SESI introduced it to her.

In June, 2016 she lost in the individual bronze medal match to Great Britain’s Patrick Wilson at the BISFed Boccia World Open in Povoa de Varzim, Portugal. Although she finished fourth, she was the top ranked Brazilian player in the BC3 class.

In September, 2016, the Brazilian team that comprised of her, Antonio Leme and Evani Soares da Silva was named the Allianz Best Team of the Rio 2016 Paralympic Games.