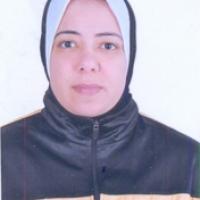 When and where did you begin this sport?
She began powerlifting at age 19 at Yasmina Club in Egypt.
Why this sport?
She has always been fascinated by weightlifting, so she decided to try powerlifting. "My father liked sports in general and encouraged me to practise sports. One time I saw athletes coming back from the 1996 Paralympic Games and this encouraged me to go to the club and do a test. I wanted to feel how powerful I could be."
Club / Team
Telecom Egypt: Cairo, EGY
Name of coach
Abdelmonim Salah [club], EGY; Shaaban Yahya El Desouky [national], EGY
Training Regime
She trains between three to four hours a day or two hours a day during national team training camps.

Nicknames
The Legend (Athlete, 25 Aug 2021)
Hobbies
Listening to music. (Athlete, 25 Aug 2021)
Memorable sporting achievement
Winning a total of five medals [four gold and one silver] at the Paralympic Games between 2000 and 2016. (SportsDeskOnline, 03 Aug 2021; Athlete, 13 Jul 2019)
Most influential person in career
Her former coach Ahmed Gomaa. (Athlete, 25 Aug 2021)
Hero / Idol
Egyptian Para powerlifter and coach Ahmed Gomaa. (Athlete, 13 Jul 2019)
Sporting philosophy / motto
"With determination and ambition you will reach your goal and dream." (rosaelyoussef.com, 15 Aug 2020)
Milestones
At the 2012 Paralympic Games in London she became the first female Para powerlifter from any nation to win four Paralympic gold medals. Her gold in London also made her the second Egyptian Para athlete and the first Egyptian female Para athlete from any sport to win four gold medals at the Paralympic Games. (SportsDeskOnline, 03 Aug 2021)

She also became the first athlete representing Egypt in any sport to win gold at four different editions of the Paralympic Games when she finished first in the 56kg category at the 2012 Paralympic Games in London. (SportsDeskOnline, 03 Aug 2021)
Ambitions
To win gold at the 2020 Paralympic Games in Tokyo. (Athlete, 25 Aug 2021)
Impairment
The impairment to her left foot is a result of the effects of polio. She was diagnosed with the illness at age one. (Athlete, 13 Jul 2019; lahamag.com, 08 Sep 2018; bplondon2012.com, 01 Feb 2012)
Other information
RETIREMENT PLANS
The 2020 Paralympic Games in Tokyo will be her last competition as an athlete. "This is my last step. I have managed to achieve all of my dreams and more in this sport." She had previously decided to retire after the 2008 Paralympics in Beijing, but was persuaded to change her mind by the Egyptian Paralympic Committee. (rosaelyoussef.com, 15 Aug 2020; filgoal.com, 02 May 2020)

SANCTION
In April 2014 she tested positive for the banned substance clomiphene. She was given a two-year ban, starting from 16 May 2014, and was stripped of the gold medal she won at the 2014 World Championships in Dubai, United Arab Emirates. In 2015 she presented new evidence to the Court of Arbitration for Sport [CAS], which resulted in her ban being reduced to one year. Her suspension finished on 15 May 2015, although she still had to pay the 1500 Euros fine from the original sanction before she could compete. "This was the hardest phase in my life. The reason behind the positive results for clomiphene was because I was preparing to give birth and took medication that contained the substance." (Alghad TV YouTube channel, 10 Dec 2016; paralympic.org, 26 May 2015, 09 Dec 2014) 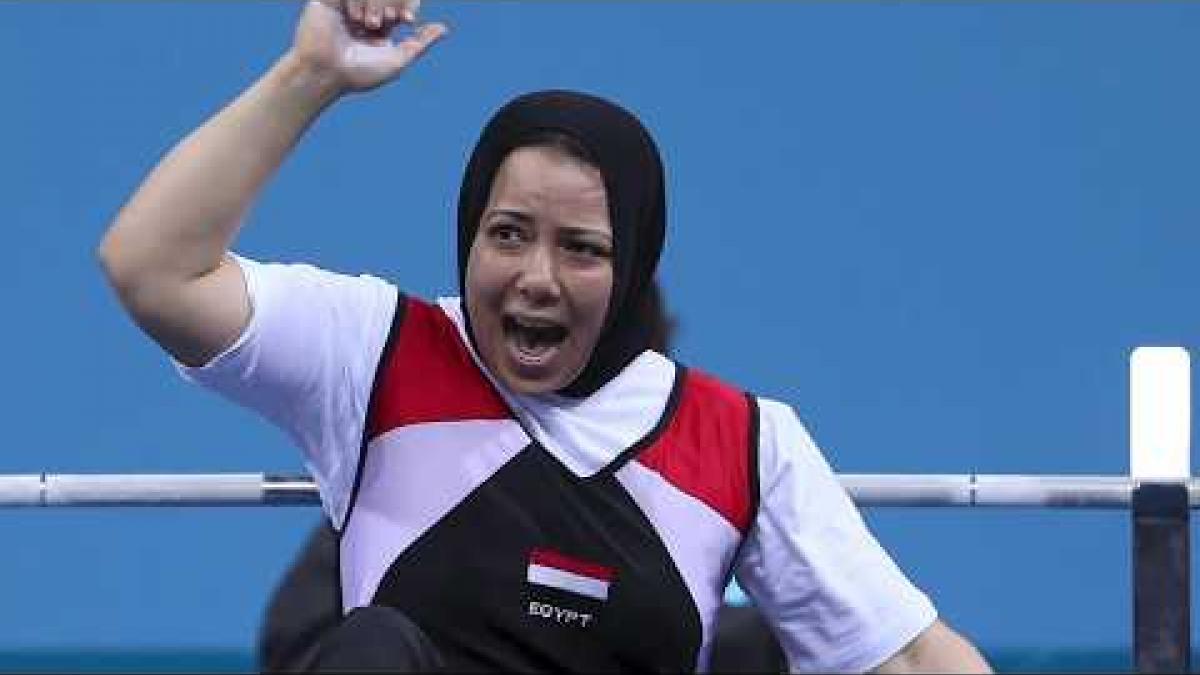