With two big tournament wins under their belt in May, Germany’s women’s Wheelchair Basketball team have the ball in their corner heading into the Paralympics. 11 Jun 2012 By IPC

“We take whoever comes to us.”

Germany’s women’s Wheelchair Basketball team – silver medallists at the Beijing 2008 Paralympics – are on a hot streak after winning both the Four Nations Tournament in Frankfurt and the BT Paralympic World Cup in Manchester last month.

In fact, the squad defeated reigning world and Paralympic champions USA to win the title at both tournaments, and now the Germans could be seen by some as the ones to beat at London 2012.

“We take whoever comes to us,” a fearless Marina Mohnen said.

Just five players return from Germany’s team at the Beijing 2008 Games, but with Mohnen – who scored 37 points and grabbed 12 rebounds in the title game in Manchester – and strong players in Gesche Schunemann and Edina Muller, the squad is definitely on the right track.

“We went through a big change last year,” Mohnen said. “A lot of young players came in and some of the older players stopped, so it was different. Last year we struggled a little bit because we were a new team and we had to learn how to play together, but I think we’re doing well.”

Prior to the Paralympics, Germany will face USA again, as well as Canada, the Netherlands and Great Britain, at the North American Cup in USA from 20-24 June. It will then head to Australia to play for a tournament against China, Japan and the host nation.

At this point in time, the Germans are confident about their London 2012 medal hopes, but they do not want to get too cocky just yet.

“We have a great team,” Schunemann said. “I think we can go for a medal and be in the final, but anything can happen.”

Although many of Germany’s top scorers are those assigned a higher point classification – and thus those with a higher functional ability – Schunemann and Mohnen both insist many of the low-pointers have been the ones to carry the team recently.

They also noted that their biggest rival – USA – has changed the look of its team a lot since the Beijing 2008 Games, losing several of its top scorers and is now easier to beat.

“They lost their main scorers and they are having trouble at the moment to fight like they fought before,” Mohnen said.

“We can beat everybody. We just have to focus on our own performance. In the end, I think we can only beat ourselves.” 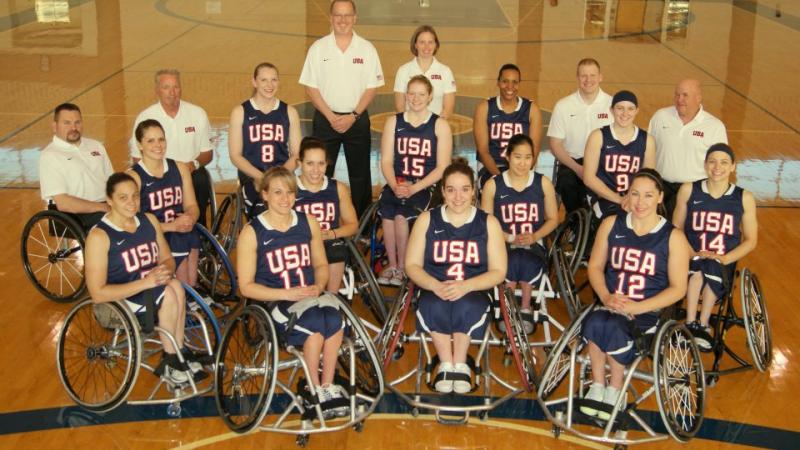