“If we beat Norway and the Czech Republic, we could find ourselves playing for the medals.”

Peter Ojala will be making his Paralympic Games debut at Sochi 2014, yet he’s already been named captain of Sweden’s ice sledge hockey team.

The problem-solving forward is embracing a role typically reserved for those who have played in the big games under the bright lights on the international stage and have years of experience to fall back on.

But Ojala doesn’t seem to care about the captain stereotype.

“I feel comfortable with my new role as captain,” Ojala said. “I think I was chosen because I’m very good to other people and a good listener on and off the ice. The players all voted who they wanted to have as captain, and I was chosen.”

Ojala, 46, is a Swedish national champion in wheelchair floorball and has only been playing on the ice sledge hockey national team for three years.

Despite being on the verge of heading into Sochi 2014 injury free, the Swedish team will be the eighth seed and would have to pull a few shock victories to skate to the top.

“We’re going to be the underdogs when we get to the Paralympics,” Ojala said.

“Nobody believed in us when we played at the Qualification Tournament in Italy in October. The Norwegians and the Czechs never believed the Swedish team would take the final spot to get to Sochi. But we did.”

Everybody knows that Sweden cannot be taken lightly on the Paralympic stage, no matter how big of an underdog they are. They have competed in the sport at every Winter Games since it made its Paralympic debut in 1994, but have not medalled at the Games in 12 years.

Ojala insists Sweden got placed into the easier group for Sochi 2014, as they’ll be facing Canada, Norway and the Czech Republic in the preliminary round. The other group includes the USA, Russia, South Korea and Italy.

“If we beat Norway and the Czech Republic, we could find ourselves playing for the medals,” Ojala said. 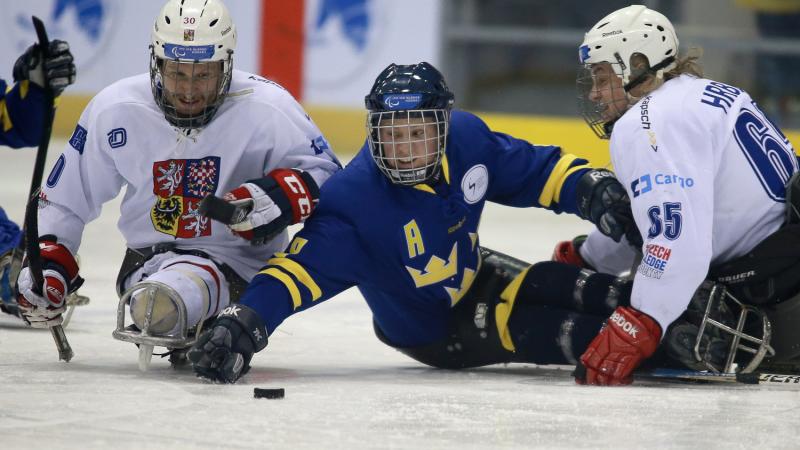