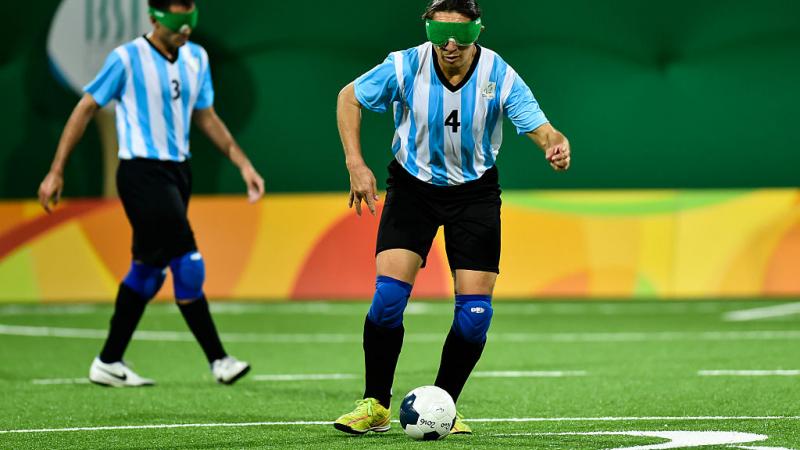 As Argentinian blind football star Silvio Velo enters the final stages of his career, Froilan Padilla has been viewed as a capable successor.

Coki, as many called him, made it into the Team of the Tournament at the 2018 World Championships in Madrid, Spain, with Argentina finishing in second place behind arch rivals Brazil.

Padilla was also fundamental in winning the 2017 American Championships after ending Brazil's winning streak in the final.

But no achievement can be compared to helping Argentina win the bronze medal at Rio 2016.

Not only did he help his country return to the Paralympic podium after eight years, but the player says he relies on a Paralympic medal to have a state pension.

“I played for the food of my family. This is a golden bronze medal for me,” he explained after Rio 2016.

Padilla joined the national team in 2009 for the American Championships, winning silver behind Brazil.

An injury kept him out of the 2010 World Championships, but he was back in form for the 2011 Parapan American Games in Guadalajara, Mexico, where he claimed another silver medal.

In 2013, he made a name for himself as he bagged four goals to lead Argentina to second place at the American Championships.

One year later, Padilla was selected as part of the ‘Team of the World Championships’ in Tokyo, Japan, where Argentina once again ended as runners-up behind Brazil.

The Argentinian defender took another Parapan American silver at Toronto 2015.